Bristol City are in pole position to sign Eddie Nketiah on loan this month despite extensive competition from Championship clubs, Football Insider can reveal.

The Championship promotion chasers have set their sights on the England Under-21 international after Arsenal recalled him from his season-long loan at Leeds United last week.

A source with knowledge of Nketiah’s situation has told Football Insider that Bristol City are currently the favourites to land him in the current window on loan for the second half of the season.

But they are waiting for a final answer from Arsenal, whose new manager Mikel Arteta has spoken admiringly of Nketiah and may use him in tonight’s FA Cup third-round clash against Leeds.

City manager Lee Johnson has admitted his interest in getting a deal for Nketiah over the line after he lost out to Leeds for his loan signature last summer.

That move turned sour for the centre-forward, who started only two league matches as he struggled to displace Patrick Bamford from the starting XI.

City are in the market for two new strikers this month after Football Insider revealed earlier on Monday that Rodri is leaving the club next week ahead of his contract expiring.

Johnson prefers to play two orthodox front men and is keen to make Nketiah one of his attack spearheads.

The 20-year-old had an impressive goals-per-minute ratio at Leeds, where his five goals were scored in 618 minutes of first-team action. 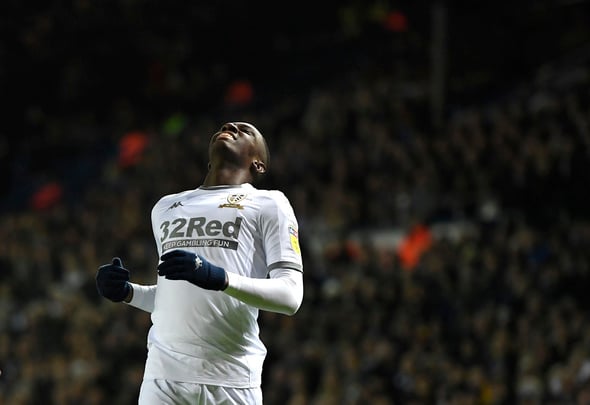 He has not scored since October but has continued to net regularly for the England Under-21s and has an excellent record at all levels.

Marcelo Bielsa wanted to keep Nketiah at Elland Road for the entire campaign but the decision was taken out of his hands by Arsenal.

In other Bristol City news, it can be REVEALED that a senior player is set to quit the club next week after major developments.