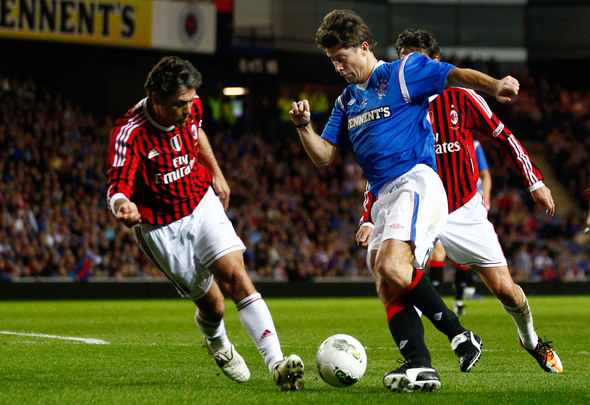 Brian Laudrup has tipped Aberdeen manager Derek McInnes to fill the vacancy at Ibrox as Rangers’ search for Pedro Caixinha’s successor rumbles on.

The Light Blues have been on the hunt for a new boss since Caixinha was sacked last month, but appear to have made little progress so far having released a statement saying that the board are still awaiting more applications.

Aberdeen’s 46-year-old boss McInnes has been the bookmakers’ favourite to take over the reins at Ibrox ever since the Portuguese was shown the door.

Now, ex-Rangers attacker Laudrup has urged the Gers to not repeat the mistake that they made when they hired Caixinha, and instead go for someone that has experience of being in the Glasgow giants, like McInnes.

“They went for a manager who probably didn’t know the size of the club. What they need right now is stability, someone who knows the club. In that respect, McInnes would be a good signing,” said the ex-Denmark international, as quoted by Sky Sports News producer Andrew Dickson on his personal Twitter account on Tuesday afternoon.

Laudrup on @RangersFC: "They went for a manager who probably didn't know the size of the club. What they need right now is stability, someone who knows the club. In that respect, McInnes would be a good signing."

Caixinha had overseen some of Rangers’ worst moments in their history during his time in charge where they suffered a 5-1 defeat to Celtic at Ibrox in the Old Firm as well as their Europa League humiliation to Progres Nierderkorn – one of the worst results in British football.

There’s little doubt that an ex-Ger like Laudrup will be praying that the next boss can lead the club back to it’s former state, and he clearly seems to think that McInnes can be that man.

In other Rangers news, a contract offer has been planned for this £500,000-a-year manager wanted by the Gers.