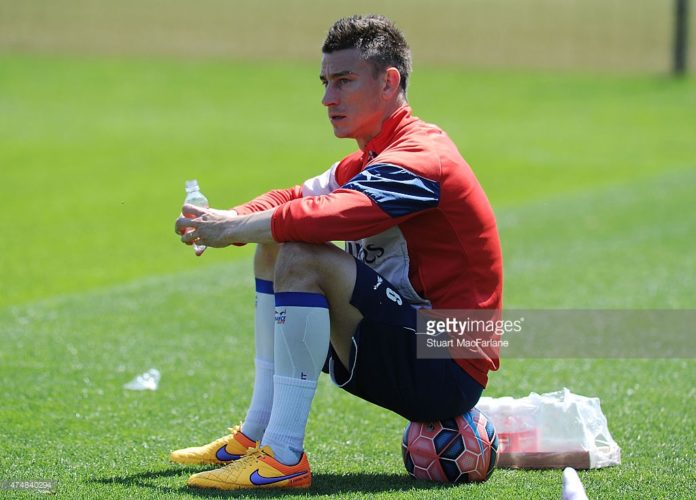 The centre-back was rated by Arsene Wenger as a major doubt for the fixture due to the back injury that forced him out of last Monday’s goal-less draw against Liverpool.
But sources have told Football Insider that Koscielny has been given the all-clear to return to the squad after coming through a fitness test.
The France international is set to start alongside Gabriel in the centre of Arsenal’s defence, with Calum Chambers dropping out of the team that drew against Liverpool.
Koscielny’s expected return is a major boost to manager Arsene Wenger following the team’s shaky start to the season.
However, his regular partner Per Mertesacker is absent again with the illness that forced him out of the last match.
Although the Gunners kept a clean sheet against Liverpool, the visitors frequently opened up the new-look rearguard and would have broken the deadlock but for some poor finishing and a series of excellent saves from Petr Cech.
With Koscielny fit, Wenger will be confident of yielding fewer goalscoring opportunities to the home team.
The Frenchman is not only regarded as Arsenal’s outstanding centre-back, but also one of the finest defenders in the Premier League.