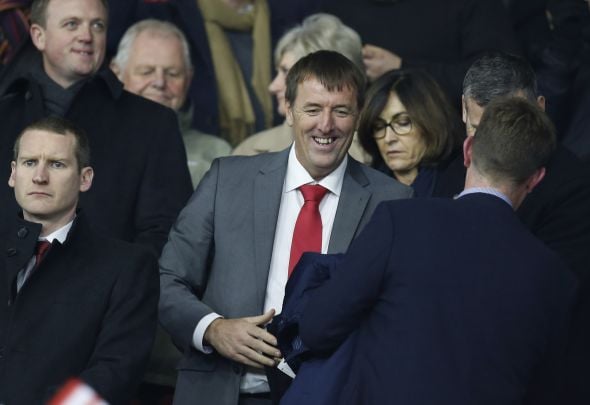 The Gunners travel to Staffordshire on Saturday to face Mark Hughes’ Stoke in an evening kick-off, which will be their last away game of the 2016-17 campaign.

However, he believes Arsenal’s chances of finishing in the top four are unlikely despite Wednesday night’s 2-0 win over Southampton on the south coast.

“It’s difficult to see Liverpool and Man City slipping up. I think it is possible, but looking at the remaining fixtures it is improbable for Arsenal to finish in the top four,” Le Tissier said.

“But you wouldn’t put it past them, given Arsene Wenger’s record with Arsenal. You look at their remaining fixtures, you expect them to win their remaining games and it only takes one slip up.”

Arsenal moved to within four points and a game in hand of Liverpool and three points behind Manchester City with a comfortable win against Claude Puel’s Saints away from home.

Alexis Sanchez gave his side the lead in the second half, sending two Southampton defenders the wrong way before tucking a neat finish under goalkeeper Fraser Forster.

Substitute Olivier Giroud rounded off the victory for Wenger’s side, as Sanchez curled a cross into the Saints box that was headed down by Aaron Ramsey before Giroud struck.

In other Arsenal news, Martin Keown has also given his verdict on his former side’s top-four chances.