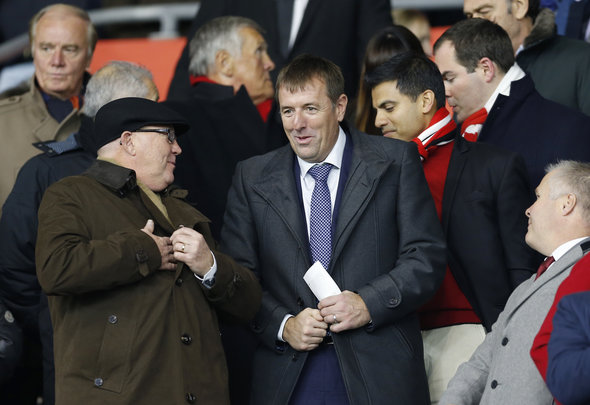 Matt Le Tissier has omitted star Eric Dier from his best England XI for the World Cup and slammed him as “overrated”.

The versatile Tottenham player, who is used at both centre-back and in central midfield by his club, has predominantly been a midfield anchorman for England.

Manager Gareth Southgate rates him so highly that he named Dier, 24, as captain for England’s last match, although Jordan Henderson will get that honour for tonight’s friendly against Holland.

Dier is expected to feature in the match but Le Tissier would not have him in his preferred World Cup team, instead naming Jack Wilshere and Bournemouth youngster Lewis Cook in his preferred line-up.

Speaking to Sky Sports, the pundit and Southampton legend said: “I’m not picking Eric Dier or Jordan Henderson because I think they are both overrated and I’d actually have Lewis Cook over them, but that back seven is very average looking. I’ve debated whether I could put Adam Lallana in the centre of the park but I’m not sure he offers enough defensively.”

While Le Tissier did snub one Spurs star from his starting lineup, he praised another in Harry Kane, who is set to lead the Three Lions’ attack in the competition.

“Then our forward four is the only part that excites me and without a shadow of a doubt the strongest part of our team, with Harry Kane leading a line with pace and skill,” he said.

Dier is a player who divides opinion, not just among England fans, but Tottenham supporters, too. They admire his versatility and adaptability, as well as the presence and leadership he bring to the team. But a considerable section of the fanbase would not have Dier in their preferred Spurs line-up, either, with many nominating Victor Wanyama as Mousa Dembele’s ideal partner in central midfielder, and Toby Alderweireld, Jan Vertonghen and Davinson Sanchez as the three best centre-backs available to Mauricio Pochettino. Nevertheless, the Spurs boss always picks him and he has started virtually every Premier League and Champions League match this season.