Ledley King has warned Tottenham defenders to remain concentrated for the full 90 minutes against Jermain Defoe.

The former Spurs pair played together at White Hart Lane and King has sent out a warning ahead of the meeting with Sunderland.

Spurs host David Moyes’ side on Sunday afternoon in the Premier League and will hope to continue their unbeaten start to the domestic season.

Mauricio Pochettino’s team suffered a 2-1 defeat to Monaco on Wednesday in the Champions League and will be keen to bounce back quickly.

Ex-Spurs captain King believes that Defoe’s style works well in away matches and that the club’s defenders will need to be wary of the striker.

“We’re at home so Sunderland are likely to have less of the ball,” he told the club’s website. “As a defender, it’s vital you maintain 100 per cent concentration because Jermain is always looking for a goal.

“He’s scored a lot of goals in away matches for Sunderland and that will be down to defenders switching off and Jermain will always look to get in behind, looking for any passes through midfield, running in behind. He’s always a threat and someone you have to watch for the full 90-plus minutes.”

Toby Alderweireld and Jan Vertonghen are set to continue their impressive partnership at centre-back and will dominate the physical battle with Defoe, but will need to be aware of his clinical finishing.

Spurs currently have the best defence in the league after conceding just two goals and will be confident in their number one goalkeeper Hugo Lloris.

Defoe represents Sunderland’s main threat in front of goal and the 55-capped England striker has scored two goals in four appearances this season.

He also enjoyed two spells at Spurs during the earlier stages of his career, scoring a combined total of 138 goals in 357 club appearances.

Spurs are expected to dominate the possession at White Hart Lane and will hope to restrict Defoe to limited chances.

In other Tottenham team news, Pochettino has provided a fitness update on the club’s new signing and a senior first-team player. 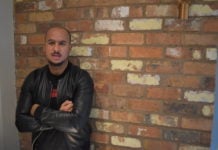