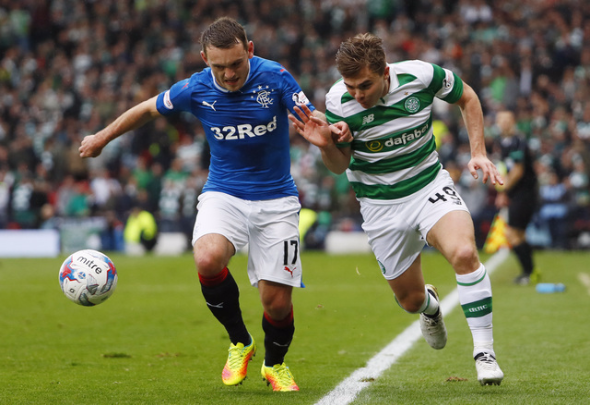 Rangers full-back Lee Hodson has explained that he can learn a lot from fellow right-back James Tavernier at the club.

The 25-year-old defender completed a move in the summer to the Scottish giants from League One side MK Dons for an undisclosed fee.

He has been in and out of the Gers’ side this campaign and hasn’t yet found a consistent run, playing just 12 times for the club in all competitions.

Hodson faces strong competition from Tavernier in the team and he has told of how he can learn from the 25-year-old due to his attacking strength.

“How we play here is similar to how I played at MK Dons, they wanted to play out from the back and play football,” told Hodson to the official club website.

“The full-backs had the freedom to get forward so when I came here the transition wasn’t as difficult as it could have been going to somewhere else.

Tavernier has played in 25 fixtures for Mark Warburton’s side this campaign, bringing a return of two goals and three assists.

He has been one of the key players for the Scottish giants as they sit in second place in the top flight table in their first season back since being demoted back in 2012.

They will next face Motherwell in the league on Saturday and they will be keen to secure the runners-up spot once the season ends as it brings a spot in next season’s Europa League.

In other Rangers news, this Gers wonderkid delivered a Twitter message after training with the first team.