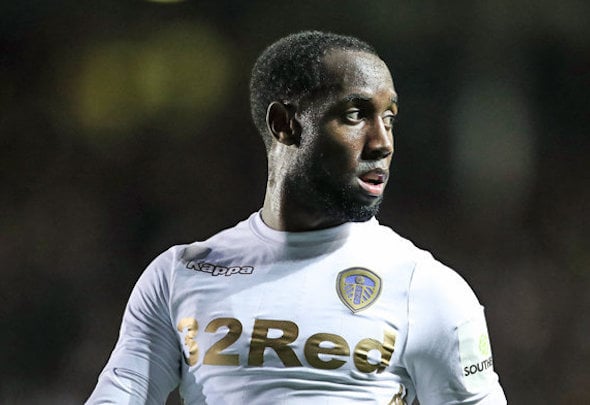 That appears to be the stance of Paul Heckingbottom, whose regular tweaks of the Leeds United team almost always result in the same outcome for the Holland international; a place on the bench or sometimes not in the squad at all.

Enough is surely enough for Anita.

He must instruct his agent to find him a new club after his latest inexplicable omission following confirmation on Tuesday morning of the United squad for their post-season tour of Myanmar.

Manager Paul Heckingbottom has named a mixture of established first teamers and rising stars for the controversial trip, which will incorporate two friendlies.

There are a few notable omissions, including World Cup participant Pontus Jansson, injured men like Stuart Dallas and Laurens De Bock, loanees Pierre-Michel Lasogga and Matthew Pennington, and seniors who have carried a heavy playing burden this season.

Like Felix Wiedwald, Anita stands out as one who is neither injured (although there has been a suggestion he has an ankle problem), heading back to his parent club or in need of a rest.

Unlike the German goalkeeper, what exactly has Anita done wrong? What does he have to do to get a game? Has something gone on behind the scenes that fans are unaware of? It just doesn’t add up.

The writing is surely on the wall after a baffling season for the Holland international.

Hailed as a super smart signing after being snapped up on a free last summer following the expiry of his contract at Newcastle United, he has made just 14 league starts out of a possible 46 and, when he has been used, it has mainly been as a makeshift left-back rather than in central midfield or right-back, where he played for the Premier League outfit.

Expected to be rock solid and mighty useful, perhaps one of the first names on the teamsheet, Anita has instead been a spare part and made just two appearances in the final 10 games.

He ended the regular season in the perplexing position of being fifth-choice right-back, and fourth-choice left-back.

As for his favoured central midfield role, Anita is so far down the pecking order, untested players in the Under-18s would probably get a go ahead of him.

The curious thing is that the Dutchman has actually played pretty well when he has been given a chance, in his understated way.

Clearly, Heckingbottom doesn’t fancy him, so Anita should demand showdown talks with the hierarchy and set about the process of finding a new club.

What other option does he have?