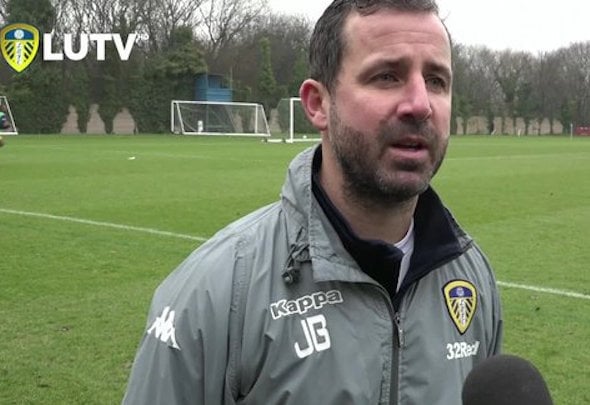 Leeds teenager Theo Richardson is undergoing a trial at Manchester United, according to an Elland Road insider.

The Leeds United Academy Twitter account has claimed that the goalkeeper, who is a second-year scholar in the club’s youth set-up, is being assessed by the Premier League giants for an unspecified period.

It comes less than two weeks after the same account reported that Richardson has been told by Leeds he will not be handed a professional contract when his scholarship comes to an end this season.

Richardson, 18, has been been in the club’s Under-18s side this season, which is managed by Andy Gray and Mark Jackson, and was widely considered to be an emerging star of the set-up.

It appears that the Englishman will not now be getting the opportunity to move up to the Leeds Under-23s and then into the first-team squad.

However, he has a chance of earning a contract at one of Europe’s elite clubs, which has produced a number of players for the United first team in recent seasons led by striker Marcus Rashford.

The unofficial Leeds United academy account is establishing a reputation as an increasingly reliable source of Leeds youth team news.

The account also revealed a fortnight ago that Richardson has been told that he is free to leave the club.

The Leeds senior side are back in action on Saturday night when they host fellow promotion hopefuls Brighton in a Championship clash at Elland Road.

Garry Monk’s 14th-placed side are aiming to maintain their push for a return to the Premier League after 13 years in the lower leagues.

In other Leeds transfer news, the club are to pounce and re-sign a 23-year-old after a £10million transfer is all but sealed.