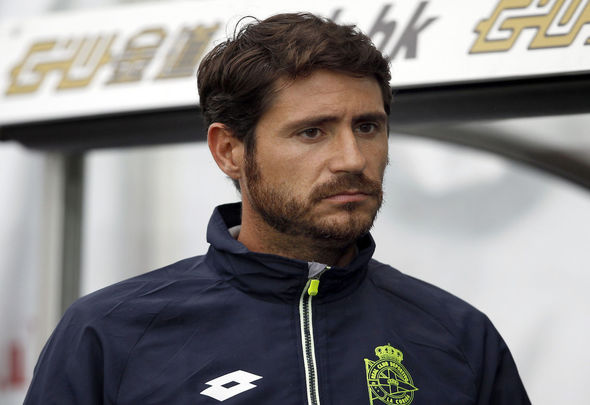 Former Real Betis manager Victor Sanchez has confirmed that Leeds United approached him about replacing Thomas Christiansen last week.
Christiansen was sacked by the Whites in the wake of the 4-1 home defeat to Cardiff earlier this month.
Paul Heckingbottom was poached from Barnsley to replace the Dane, but now it has been revealed that the Yorkshire giants had also made contact with Victor, who has been out of a job since last May.
“Last summer there was contact from two English clubs; one Premier League team and one in the Championship. Two clubs have got in contact with me recently, one of them was Leeds, but in the end they went with another option. All we can do is wait, but we have a very active way of waiting,” said Victor, as quoted by Spanish news outlet AS.
Victor has limited experience in management with spells at Deportivo, Olympiakos and Real Betis.
He spent 13 months in charge of Deportivo while at his other jobs he left after less than a year.
In his playing days, the 41-year-old Spanish played for the likes of Real Madrid, Deportivo, Panathinaikos and had eight caps for Spain.
The European manager won La Liga titles with Madrid and La Coruna, but is yet to come anywhere near to replicating the success of his playing career to his management one.
Heckingbottom managed his first game in charge of Leeds on Saturday but oversaw a 2-1 defeat to Yorkshire rivals Sheffield United at Bramall Lane.
He will take charge of his first home game on Sunday when Bristol City travel to Elland Road.
In other Leeds United news, the Whites have offered a two-year deal to this player.
Don’t miss out on breaking and exclusive Leeds United news by clicking here for our brilliant 24/7 updates on Facebook, Instagram and YouTube.