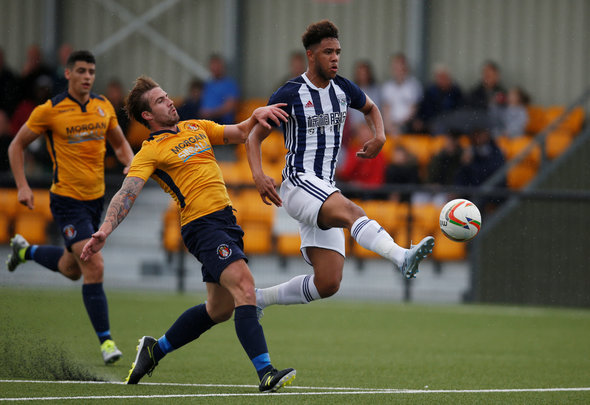 Leeds United’s January signing Tyler Roberts could make his debut against Bristol City on Sunday, according to a report.
BBC Radio Leeds’ West Yorkshire Sport claimed on their official Twitter account on Tuesday morning that the Whites are hopeful that Roberts, 19, will make his first appearance for the club at Elland Road this weekend.

Leeds United are hopeful that striker Tyler Roberts will be able to make his debut against Bristol City on Sunday. #lufc pic.twitter.com/ZN3Zkgl44V

Roberts signed for Leeds on deadline day from West Brom in a deal worth £2.5million, but has so far failed to make the matchday squad in the Championship.
The Wales Under-21 international spent the first-half of the season at Walsall, where he made 19 appearances in all competitions and scored five goals.
The emerging talent may be given the chance to shine on a bigger stage in the Championship this weekend though as Leeds look to secure their first win since Boxing Day against a Bristol City side that is equally out of form.
Lee Johnson’s men sit in sixth place in the Championship standings but have won just once in their last 10 outings across all competitions.
It will be Paul Heckingbottom’s first home game in charge of Leeds having overseen a 2-1 defeat to Sheffield United at Bramall Lane on Saturday afternoon.
The 40-year-old took charge at Elland Road last week after Thomas Christiansen was sacked.
In other Leeds United news, the Whites have offered a two-year deal to this player.
Don’t miss out on breaking and exclusive Leeds United news by clicking here for our brilliant 24/7 updates on Facebook, Instagram and YouTube.