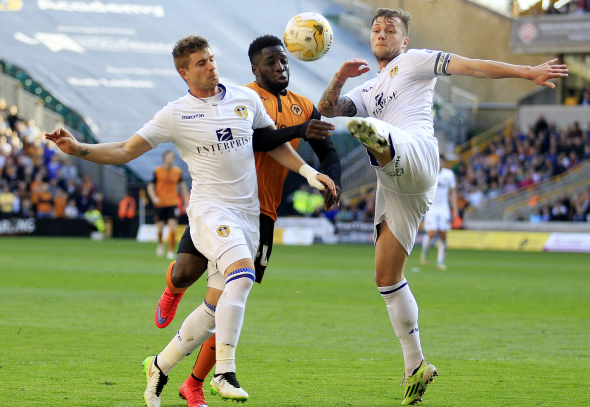 Garry Monk could be set to make a total of eight changes against League Two outfit Cambridge United in the FA Cup third round on Monday.

Just three players are expected to retain their place in the side after Leeds’ secured an emphatic 3-0 win at home to Rotherham, in Gaetano Berardi, Pontus Jansson and Hadi Sacko.

Monk will be desperate to play Jansson, as the Sweden international Jansson will reportedly move permanently to Leeds when he reaches the all-important number of 22 appearances.

The former Swansea boss wants Sacko to improve his composure in front of goal, while Charlie Taylor remains injured leaving Berardi to resume his place on the left side of defence.

Italian stopper Silvestri has featured in all of Leeds’ EFL Cup games, and will be handed just his fifth appearance of the season. Coyle returned to training this week, and he will fill in on the right of defence.

Cooper should partner Jansson at the heart of Leeds defence despite his needless handball against Aston Villa, while academy stars Vieira and Phillips will link up in central midfield.

Forgotten loanee Grimes will be given yet another chance to shine in his favoured number 10 role, while Northern Ireland international Dallas could look to show why he deserves to start over Doukara in Monk’s side.

Swedish flop Antonsson has scored just three goals since his £2million move from Kalmar FF, but is set to lead the line as Leeds look to avoid a potential giant-killing.

In other Leeds team news, this 23-year-old is set to resume training while Monk provides an update on Eunan O’Kane and Coyle.