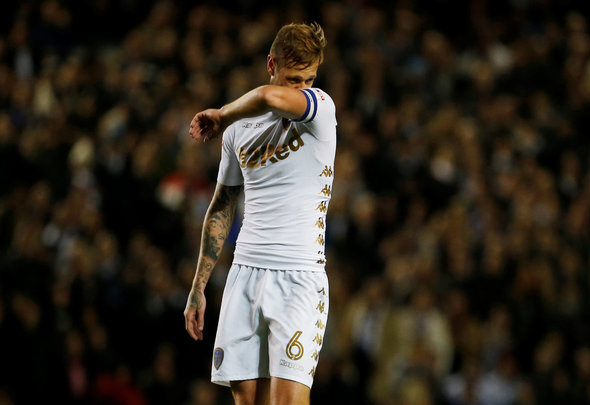 Leeds United are facing a defensive crisis after club captain Liam Cooper was forced off the pitch in the 3-0 defeat to Wolves on Wednesday night, according to a report.

LeedsLive claims that senior player Cooper, 26, suffered an injury blow that seemed serious after he limped off the Elland Road pitch with what appeared to be a knee injury.

It is understood that Pontus Jansson is also one booking away from a two-match ban, meaning that Leeds could just have Matthew Pennnington as their only first-team centre-back if Cooper is out for a while and the Swede is shown a yellow card in the near future.

As it stands, Jansson and Pennington are most likely to start against Reading at the Madejski this weekend, but if the Sweden international is booked during that game, he will miss a Yorkshire derby against Sheffield Wednesday and then a home clash with Bolton.

Leeds did sign one centre-back in the January transfer window that has been used in the Under-23s – Aapo Halme. Should the Whites see Jansson booked and Cooper suffer a prolonged spell on the sidelines then Paul Heckingbottom may have to call him up, although Leeds never seem trusting in the players that have been signed from across Europe by Victor Orta to play in the senior squad. Conor Shaughnessy is another option. He has played in midfield this season and it’s hard to tell whether he is better suited to the middle of the park or in the back line. Either way it highlights just how poor Orta has been in the transfer market.