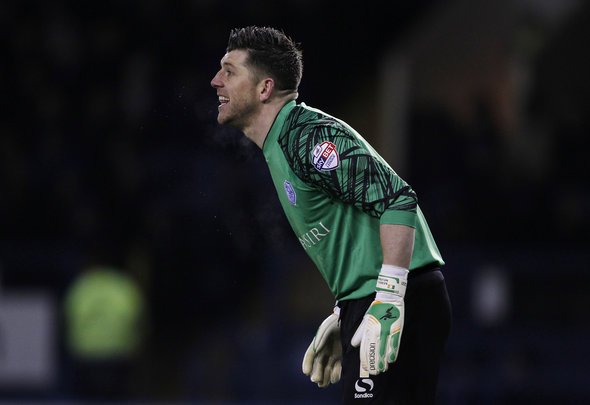 Leeds United fans have been left raving on social media after their side was linked with a move for Sheffield Wednesday goalkeeper Keiran Westwood this summer.

The Sun have claimed on their website that the Whites are joined by Scottish giants Celtic and Premier League strugglers Southampton in the hunt for the 33-year-old’s signing, who is currently out of action through injury and could have played his last game for the Owls.

With a year left on his contract, the club could be looking at shipping him out to avoid losing him on a free transfer in 12 months time, with the Saints keen on replacing Fraser Forster with the experienced Republic of Ireland international.

However Leeds are also said to be seeking a new shot stopper, with last summer’s signings Felix Wiedwald and Andy Lonergan both having failed to make the grade, hence their name being thrown into the hat for the 21-cap shot stopper’s signing

The link has had fans in delight on Twitter, with many suggesting that, when fit, he is the best goalkeeper in England’s second tier, although some shared doubts over whether he was a realistic target.

Can't see it happening but Westwood would be a class signing. Wanted him for ages at Leeds #lufc

The Sun put a story up earlier so take it with a pinch of salt – Leeds, Southampton and Celtic are in for him allegedly, hope it’s true – very very good keeper!

We do need another keeper though, can't just rely on BPF. Felix will be gone and Lonergan is passed it. I think BPF will be really good but we don't want to overwhelm him too quickly

Would be a top signing,been the best keeper in the league for a long time imo

Westwood, who has 270 Championship outings under his belt, has made 18 appearances this season, but has been out of action since the middle of December.