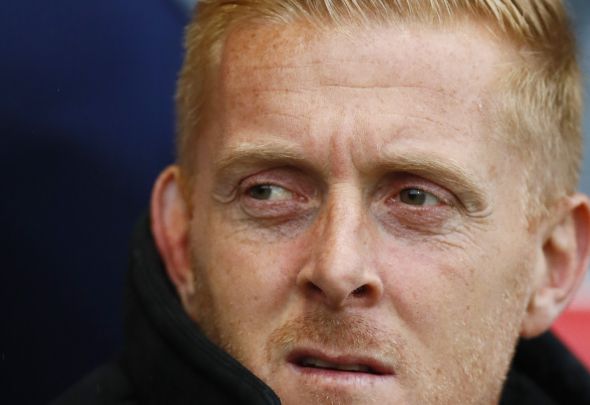 Leeds fans can’t believe their bad luck on Twitter as Sky have chosen to televise their clash against Brighton on a Friday night.

The arduous 514-mile trip to the Amex Stadium and back from Elland Road has not deterred Sky from broadcasting the encounter as an evening match for the sixth consecutive season.

The Sky Bet Championship revealed the news on their official Twitter account on Thursday morning, as the Yorkshire giants will now travel to the South Coast to face Chris Hughton’s side on 9 December.

Garry Monk’s side have an awful record away to Brighton, with their last five fixtures away at the stadium being evening kick offs.

Two draws and three losses have meant that the dreaded evening trip to Brighton is one that inspires pessimism among supporters.

Fans have lambasted Sky for deciding to make the game an evening kick-off once again.

Here are is a selection of their messages on Twitter:

@dofatdogzfart What were we saying about Brighton away being on a Saturday afternoon for a change mate!!!!! #lufc

Brighton away, night match, on Sky. A six word horror story there. #lufc

Leeds away at brighton on Friday 9th December and town away at Norwich on Friday 16th. Ey, it's all about the fans you know 🙄 #htafc #lufc

Standard moving of Brighton away to a night game and villa on a Thursday. #lufc

Brighton away on a Friday night? Vile. #lufc

Leeds have also had both of their December fixtures against Midlands giants Aston Villa changed to accommodate Sky. Monk’s side will host Villa on December 3 in a Saturday tea-time kick off, before travelling away to face Villa on Thursday, December 29.

Leeds are set to feature next against Derby at the iPro Stadium on October 15, as the Championship pauses to make way for the international break.

In other Leeds news, fans have reacted on Twitter to this outcast starring for Monk’s development side.