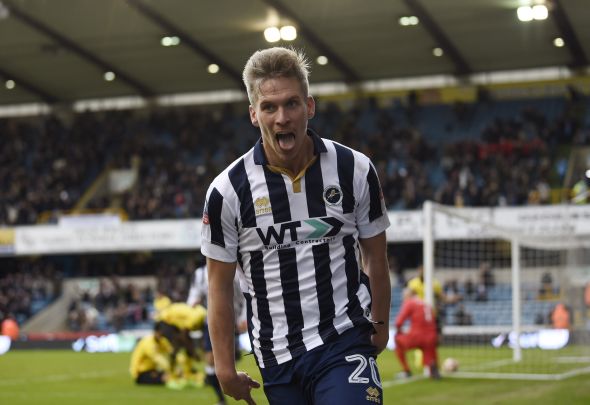 Leeds fans have reacted on Twitter in comical fashion after Steve Morison scored for Millwall to earn them a 1-0 win against Premier League side Watford in the FA Cup.

Wales international Morison struck the only goal of the game to send Millwall into the fifth round of the cup, with a well-time volley at the back post in the 85th minute.

The 33-year-old, who left Leeds back in the summer of 2015, spent a dismal 18 months in Yorkshire after scoring just five goals in 42 league and cup appearances.

However, the former Norwich striker looked like a different player against Walter Mazzarri’s top-flight side, as he booked the Lions’ place in the fifth round of the FA Cup.

Leeds fans reacted on Twitter in witty fashion after hearing of Morison’s goal, with some asking what they are feeding the target man in south east London.

Not sure what they're feeding Steve Morison down at the Den, but he looks about 5 years younger than he did at #lufc

Romance of the cup? Steve Morison scored to beat Watford. What more romance could you need?

Morison scores…..the tweets to Monk to sing him will begin 😂 #lufc

Morison joined Leeds in a swap deal that saw Luciano Becchio go the other way to play for the Canaries in east Anglia.

This season, Morison has been in wonderful form for Neil Harris’ side, scoring 13 goals in 27 league and cup encounters.

In other Leeds news, Danny Mills has said this about Garry Monk.