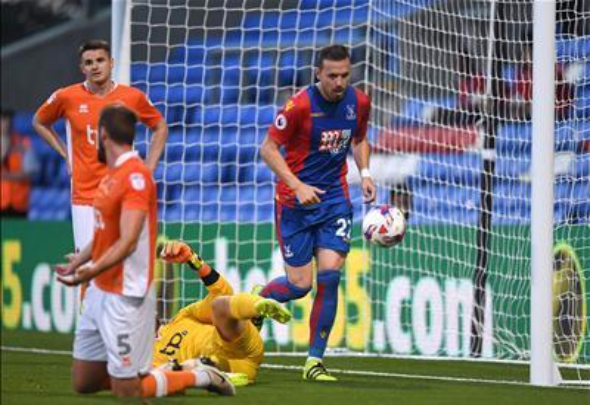 Leeds are reportedly contemplating an offer for Crystal Palace midfielder Jordon Mutch – and fans of the Yorkshire club have reacted indifferently to the news on Twitter.

The Sun has reported that Leeds are hoping that they can persuade Palace into selling Mutch, 25, with an offer worth £2million having already entered talks with the Premier League side.

It was added that the Whites would also consider signing the top-flight playmaker, who can also play on the wings, on a season-long loan deal.

Mutch doesn’t seem to hold a place in the Crystal Palace first-team after he was shipped out on loan to Reading in the second half of last season as they challenged for promotion to the Premier League.

However although he commands a lot of experience in the top-flight and Championship, Leeds fans aren’t sure if they actually need to sign him before the transfer window slams shut next week.

One supporter sarcastically claimed that Mutch is “just what we need” with the high number of midfielders already on the books at Elland Road.

If the link to Jordan Mutch is right, then I think we may see Sacko go out on loan. Too many wingers. Do we still need a CB? #lufc #helander

Trying to work out why we would need Mutch #lufc

Mutch ado about nothing if you ask me…… #OHYESIDID #lufc https://t.co/dZfhuuttra

Just what we need! Another midfielder

Mutch made just nine appearances for Reading in the back half of last season, scoring on his debut in the 2-2 draw at Ipswich in February.

He has a total of 40 appearances for Palace, but has never scored or supplied an assist.

In other Leeds news, a Sky journalist has revealed Garry Monk’s stance on Rudy Gestede after Middlesbrough rejected the Whites’ bid.