Leeds fans have hailed Samuel Saiz for his stunning performance in Saturday’s 2-0 win over Sunderland at the Stadium of Light.

Saiz, 26, grabbed his first league goal for the Whites in the routine win on Wearside when he found the net in the 21st minute.

The Spanish playmaker, who signed for Leeds earlier this summer when he moved from Huesca, then turned creator in the second half when he played in Stuart Dallas to double his side’s lead.

Former Atletico Madrid man Saiz has arguably been the most impressive summer signing for Leeds so far and he continued to prove that on Saturday, with the clubs’ supporters going crazy over his performance against the Black Cats.

One supporter has even taken the time to hail director of football Victor Orta for his role in snapping up Saiz.

So long Chris Wood. You couldn't even play today which is a bit of a joke. Thanks goodness for Samu Saiz! 🙌🏻 #lufc #Leeds #MOT

MOTM needing a much needed rest, what a game Saiz has had #LUFC

Fantastic from Saiz today. Very quickly becoming a big fan of his! #lufc

SAIZ 👍👏 what a talented player he is #lufc #mot

Get in there saiz and alioski ripping up the championship #lufc

Saiz has now scored four goals in four appearances across all competitions for the Whites after he netted a hat-trick in his debut for the club against Port Vale earlier this month.

There’s likely to be a huge weight put on the attackers’ shoulders now that Chris Wood appears to be on his way out of the club after he omitted himself from Saturday’s squad due to the speculation surrounding his future.

In other Leeds news, Trevor Sinclair has ripped into Wood after his statement. 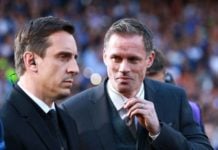 Whelan: ‘Something is not right’ with Costa after what I saw at Leeds last night