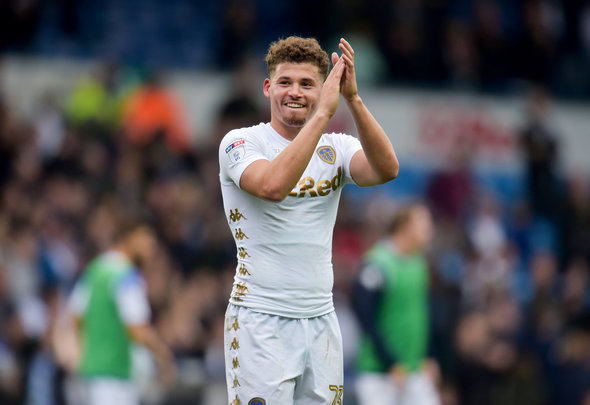 Leeds United fell to defeat at Carrow Road in the Championship on Saturday as the Canaries came from behind to take all three points against Paul Heckingbottom’s men.

Kalvin Phillips gave the Whites a first-half lead in the 39th minute with a wonder-strike from outside the box, nd it got supporters talking on social media.

But his goal wasn’t enough to hush the doubters of the 22-year-old, who received a mixed reaction from his own fans.

Wes Hoolahan levelled the game for the Canaries with a 45th-minute strike to wipe out Leeds’ advantage and then a Josh Murphy effort resigned the Whites to yet another defeat.

Phillips has had a mediocre campaign for the most part so it was perhaps no surprise to see there was no overwhelming meltdown from fans in reaction to his goal.

It was the England-born ace’s sixth goal in the Championship on top of the three assists he already had to his name from 41 outings.

Admittedly, it has been a mixed week for the club off the pitch with mass criticism aimed their way for the decision to head to Myanmar post-season, whilst star midfielder Pablo Hernandez signed a new two-year deal and youngster Tom Pearce has an offer on the table, ending the week on positive note.

Here is a selection of Twitter reactions from supporters after watching the player in action:

Still looks a clown with that pineapple 🍍 on his head.

Jesus christ where did that come from what a strike

Hopefully will shut up the people who slate him