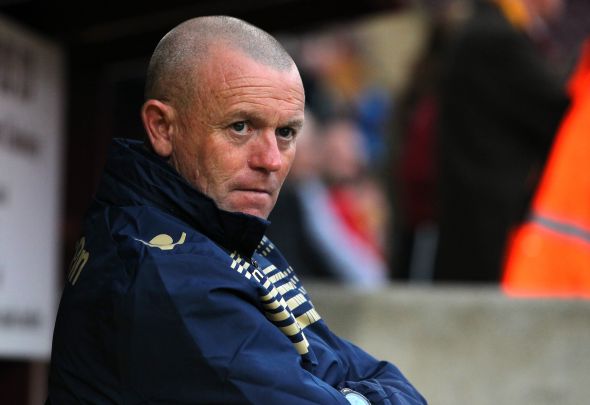 Leeds fans have reacted on Twitter in amusing fashion after former manager Dave Hockaday has been appointed to a coaching post at a college.

Hockaday, who was owner Massimo Cellino’s first manager at Elland Road during his tyrannical two-year stay, is now the head of male football at South Gloucestershire and Stroud College.

The 58-year-old opted to take the job after leaving his post at Kidderminster Harriers earlier in the year, and will oversee all football-related activities relating to male football at the college.

Former Forest Green Rovers manager Hockaday, who enjoyed a playing career with the likes of Swindon Town, Blackpool and Hull City, has made the decision after opting to take time out of the professional game.

Leeds fans have reacted in shock to the news, with many believing Hockaday has found his level after a disappointing spell at Elland Road.

How on earth did Hockaday ever manage the mighty #LUFC ? https://t.co/RNDSgt2ejV

about his level!! Just goes to show what a joke the appointment at lufc was! #lufc

so he got the sack from his role as Head of Gorillas, London Zoo then? #harsh

Hockaday managed Leeds for just six games before being the first manager to be sacked by Italian Cellino, who has since said goodbye to the likes of Uwe Rosler, Darko Milanic and Steve Evans.

In other Leeds news, where is former striker Habib Habibou now?