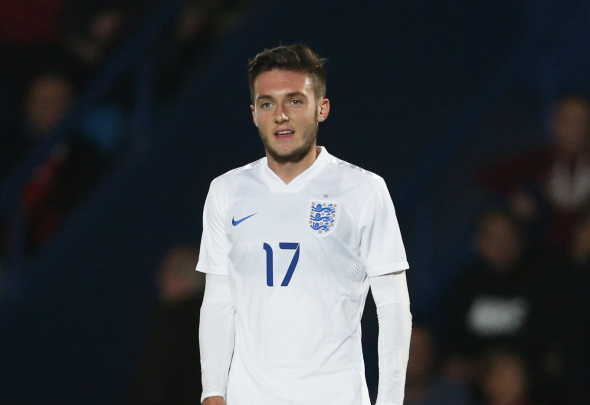 Matt Grimes played the full 90 minutes in Sunday’s FA Cup defeat against Sutton on Sunday – and Leeds fans on Twitter were distraught with his display.

The 21-year-old on loan midfielder made his first appearance for the club since the third round tie against Cambridge earlier in the month.

It soon became apparent why he had been left out of the eleven for a number of fixtures this season with the young player struggling to influence a match against a non-league team.

The player was one of the most criticised for Leeds after famous club fell to a 1-0 defeat against the National League outfit via a Jamie Collins penalty.

A number of Leeds supporters aired their disgust over Grimes on social media with many keen to see him sent back to Swansea.

How Matt Grimes gets a game is beyond me. He's dog meat #lufc

The logic in selling Mowatt and keeping Grimes is obviously complex. #LUFC

Struggling to think of an #lufc player more ineffectual than Grimes. Ever? Okon? Norris? Westlake? Gregan?

Please can we send Grimes back to Swansea! I'd even pay for him to go back. Please please please 🙏🏼 #LUFC

Why do we still have Matt Grimes? #LUFC

#lufc matt grimes how is he a pro

Grimes made the switch to Leeds from Garry Monk’s former club Swansea on a season-long loan deal.

He has played just 11 times for the Yorkshire giants’ this campaign and supporters will now be hoping they don’t see much more of him before his temporary deal comes to an end.

In other Leeds news, here are three things learned from the Whites’ defeat against Sutton.