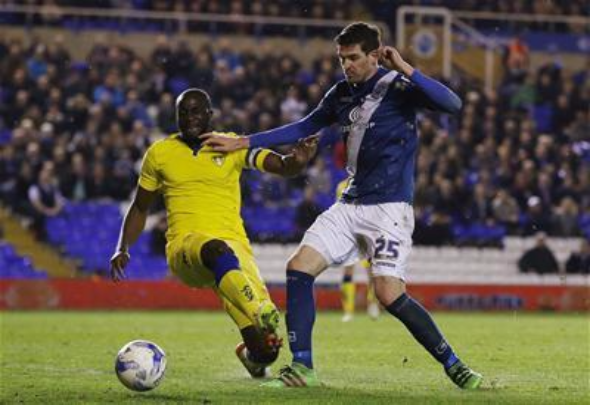 Former Leeds defender Sol Bamba gave a stunning debut display for Cardiff on Friday evening – and fans of the Yorkshire giants took to Twitter to comment on his performance.

Bamba, 31, left Elland Road by mutual consent the day after the transfer deadline, despite being the club’s captain.

He has since rejoined former manager Neil Warnock in the Welsh capital after the experienced boss took over from Paul Trollope in October.

Cardiff won the Friday evening clash against Bristol City 2-1, with Bamba scoring the vital match winning goal, while helping his side defensively.

This led to fans of Leeds taking to social media, with one fan saying the Ivory Coast international reminded him of when he first joined the club.

However, others were quick to point out that he usually starts at a new club well before putting in less than impressive performances.

Sol Bamba looking like he did when he first joined #lufc

Maybe there's a bit of a theme in Bamba #lufc

Dont get excited cardiff, Bamba only has 6 good games in his locker #Lufc

Bamba always starts brilliantly. Give him a few months #lufc

I remember when we got this excited about Sol Bamba, enjoy it while it lasts Cardiff fans… #lufc #liability

Ah heady nostalgic days. Who remembers that (very) short period of time when Sol Bamba defended like he is doing tonight? #lufc

Bamba moved to Leeds in 2015 from Serie A side Palermo after a successful loan spell at the club.

He made 56 appearances for the famous club, which includes playing in four encounters in the new campaign and he will now be looking to help Cardiff move up the table.

In other Leeds news, what happened to Habib Habibou?