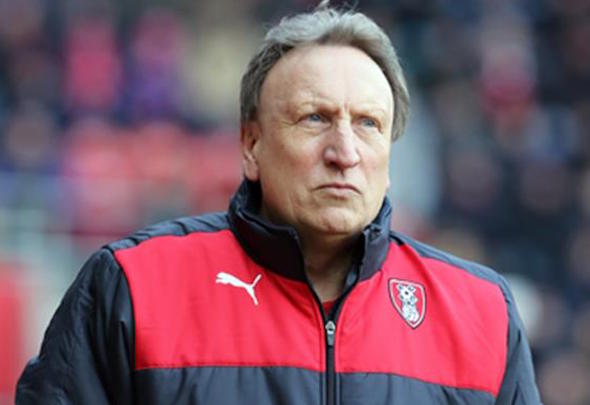 Cardiff will appoint Neil Warnock as their new manager on Wednesday – and Leeds fans have taken to Twitter to express their disappointment.

Barclay took to his personal Twitter account on Tuesday afternoon to explain that Warnock has agreed to replace Paul Trollope, who was sacked on Tuesday.

Trollope only lasted five months in the post and exits after a run of six defeats in seven games left Cardiff second from bottom in the Championship.

They are now set to land 67-year-old Warnock, who left Rotherham at the end of last season after keeping the Yorkshire minnows in the second tier.

Leeds fans have little affinity with the veteran, who claimed he had the most difficult spell of his three-decade managerial career during his 12 months at Elland Road between 2012 and 2013.

A warning for #CCFC fans. Warnock started ok for us, but it fell apart as club wasn’t stable. IMO, we’d have gone down had he stayed #lufc

Just when I thought we would never have to play a Warnock team again, he comes back in the form of Cardiff ?

Neil warnock for the Cardiff job. How he keeps getting work is hard to figure out

Fair play to Cardiff, the appointment of Neil Warnock would be a coup, can be a right so & so, but can’t argue with his CV.

Trollope’s dismissal is Cardiff’s second change since the end of last season, when Russell Slade was moved across to head of football – a role he left after only 28 days.

In making this latest switch, Cardiff followed the lead of fellow Welsh clubs Newport County and Swansea City, who sacked Warren Feeney and Francesco Guidolin respectively in the past week.

Speaking after Saturday’s defeat at Burton, Trollope had said: ‘I’m fully aware the run’s not good enough and it’s my responsibility.

‘We’ll come back stronger after the international break and determined to turn things around.

‘It’s a results business and we’re at the wrong end of the league and it’s certainly not the start any of us wanted.’

In other Leeds news, supporters have reacted on Twitter to the treatment of the club’s on-loan midfielder.