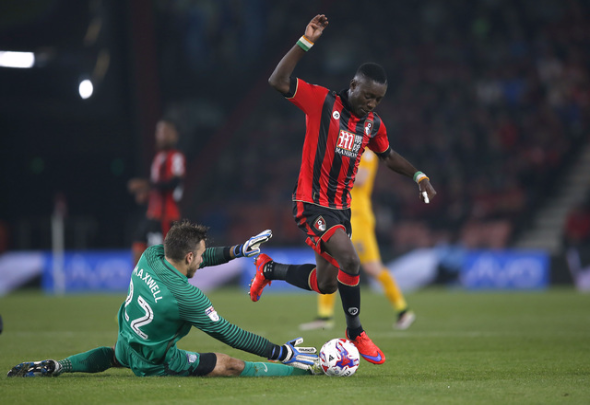 Max Gradel will reportedly hand in a transfer request – and Leeds fans have urged their club to re-sign their former winger.

The Sun claim the 29-year-old is ready to push for a departure from Bournemouth after being sidelined by manager Eddie Howe this season.

Gradel signed a new contract last summer but has made just five Premier League appearances this season, amounting to a paltry 90 minutes of action.

It is said that Gradel wants a short-term move rather than just sitting on his £40,000-a-week Bournemouth contract.

West Ham and Burnley are among the clubs keen on signing the 49-times Ivory Coast international, while there is also interest from French duo Marseille and Nantes.

However, Leeds fans on social media are eager for their club to bring back their 2010-11 Player of the Year as they aim to make the Premier League themselves.

They have made it clear in recent days they would love Gradel to return to Elland Road.

@LeedsNewsMOT The majority of #lufc followers not interested in signing Downing. Gradel it is then.

Ulloa and an injury free Gradel would get us to the promised land! #lufc

Fletcher would fit in brilliantly to our system but I think we still need a proven goal scorer like ulloa or Rhodes. Gradel on wing! #lufc

Gradel signed for Bournemouth for £7million in the summer of 2015 but his first season was wrecked by injury and in total he has played just 21 teams in his second spell at the club.

He is fondly remembered by Leeds fans for two scorching seasons in 2009-10 and 2010-11 in which he spearheaded their promotion from League One to the Championship, scoring 25 goals and supplying 15 assists in 82 appearances.