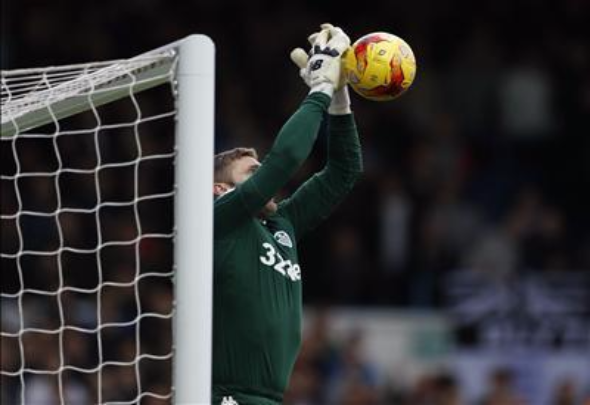 Rob Green took a big pay cut to join Leeds after joining from Queens Park Rangers in the summer, according to a report.

The Yorkshire Evening Post claim the one-year contract that Green signed when he joined on a free transfer from QPR was “far below the value of his previous deal” with the London club.

The 36-year-old goalkeeper had been frozen out at QPR in the second half of last season due to a clause in the contract of his two-year deal that stipulated an automatic trigger of an extension beyond the summer of 2016 if he played 30 2015-16 Championship matches.

Green told the Daily Mail: “[Exmanager] Jimmy Floyd Hasselbaink spoke to me soon after he arrived and said; ‘look, it’s nothing personal, but because of budgets and things you’re not going to make the 30 games’.”

The former England international was left kicking his heels at QPR before agreeing a one-year contract with fellow Championship club Leeds in July of this year and joining the Garry Monk revolution.

Green is firmly established as the number one at Elland Road after taking over from Marco Silvestri, who was the first choice keeper for the two previous seasons.

Green has played the full 90 minutes of Leeds’ 21 Championship matches, although there has been criticism from supporters at some of the errors he has has made.

He kept a clean sheet on Tuesday night as Monk’s side secured a notable 2-0 triumph against third-placed Reading to lift themselves up to fifth in the table.