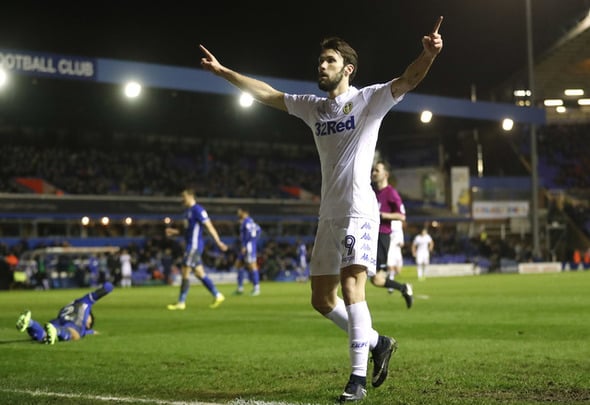 Atletico Madrid are keen on signing Villarreal wide man Alfonso Pedraza for a massive fee this summer – two year after he flopped at Leeds United, according to Bild.

The German newspaper report that Borussia Dortmund want to land the Spaniard, 23, citing back to reports from Marca that Atletico and Sevilla are also keen.

Pedraza has a £19million release clause in his contract at Villarreal, which runs until the summer of 2021. Signed in the same January window in 2017 as Mo Barrow, Pedraza was brought in by ex-Leeds boss Garry Monk to provide a new attacking threat from out wide and help the club secure promotion to the Premier League. Leeds’ campaign eventually fizzled out as they finished seventh, while the former Spain Under-21 international provided only fleeting glimpses of his potential. He scored once in 14 matches before returning to his homeland. Against all expectation of Leeds fans, Pedraza has thrived in La Liga, carving out a reputation not as a flying winger, but as a left-back. The new position has worked wonders, and he has been a mainstay of the team that is fighting to avoid relegation to the Spanish second tier. Pedraza has made 37 appearances in all competitions, scoring four goals and five goals from his left-flank berth, and providing abundant evidence of why Leeds signed him two years ago.