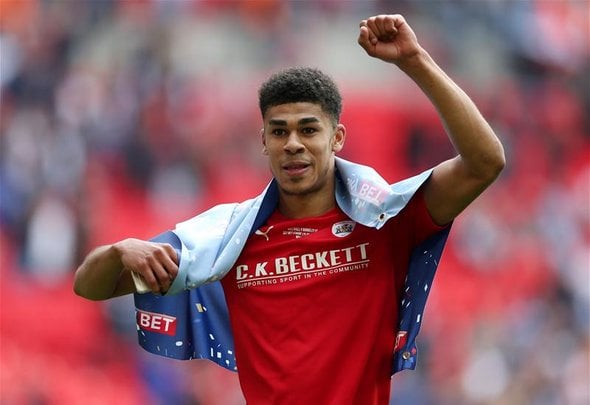 Leeds’ hopes of signing Ashley Fletcher have risen after the young forward turned down a new Manchester United deal, according to a report.

The striker’s Old Trafford agreement expires at the end of June and his decision to reject an extension has paved the way for his exit this summer.

The Yorkshire Evening Post claim Leeds are increasingly hopeful of persuading Fletcher to leave the Premier League giants and join them next month.

It is said the United man is due to start pre-season at Old Trafford as he weighs up his options but with just a week remaining on his current deal it would represent somewhat of a U-turn if the youngster were to opt to stay in Manchester.

Leeds have been keeping a close eye on the 18-year-old striker over the previous weeks, although there is also interest from a number of Championship rivals after Fletcher’s starring role in Barnsley’s promotion from League One.

Owner Massimo Cellino is thought to be open to a loan move or a permanent deal for Fletcher, but wants him at Elland Road next season either way after witnessing him score a second-minute opener in the play-off final.

United are entitled to compensation for Fletcher on account of his age and could return to him with an improved proposal but the forward is aware of what the Yorkshire Evening Post say is serious interest from Elland Road.

Fletcher signed his first professional contract at United in May 2014 but still awaits a first team appearance at the club.

The forward has also been involved with the national set-up too, scoring a goal on debut after just 10 minutes for England’s Under-20 team.

In other Leeds news, target Kane Hemmings will not leave current club Dundee unless their valuation is met.