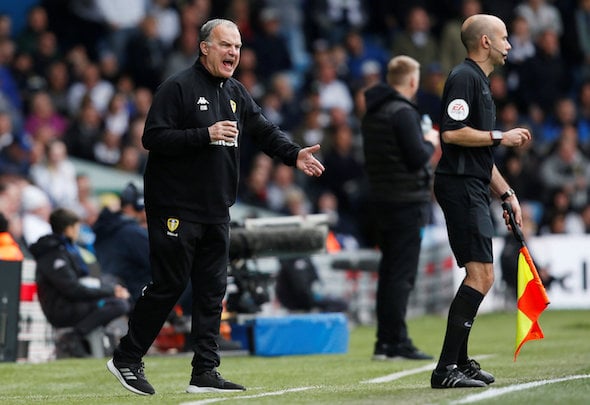 Leeds United have been hit by yet another defender blow ahead of the play-offs as rising star Clarke Oduor has joined the extensive casualty list.

The left-back limped off late in the Under-23s’ 3-2 win over Coventry City late on Monday night that secure a place in the final of the Professional Development League play-offs.

Oduor produced an outstanding display at Elland Road for Carlos Corberan’s side but sustained a knock that a club source has told Football Insider makes him a major doubt for Leeds’ final Championship match of the season against Ipswich Town on Sunday.

The 19-year-old has been catapulted into contention for his senior Leeds debut following an avalanche of full-back injuries that has already ruled Barry Douglas, Ezgjan Alioski and Leif Davis out for the rest of the season after undergoing knee surgery.

Stuart Dallas, who deputised at left-back against Aston Villa and Brentford before suffering a knee injury of his own, will also miss the Ipswich clash at Portman Road but is expected to be available for the play-offs.

Gaetano Berardi is set to make only his third start of the calendar year at weekend, and Odour will hope he can compete with the Switzerland international if he returns to fitness in time for the play-offs.