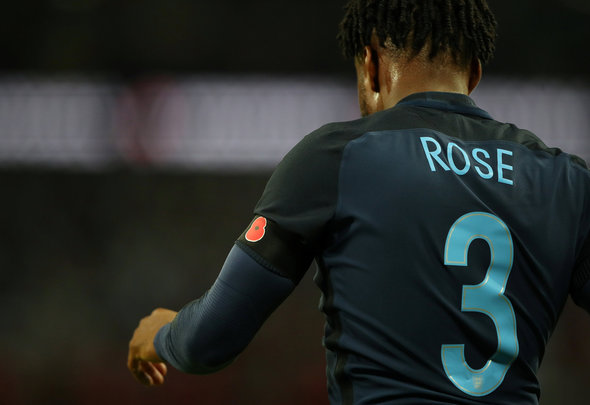 Leeds United’s hopes of banking a £5million windfall from the sale of Danny Rose this summer are dwindling fast.

Rose’s second-string status at Tottenham, a result of form and fitness issues, make the possibility of a Kyle Walker-esque summer transfer to a super-rich Premier League club appear rather fanciful.

That was not the case just a few months back, when Manchester United were strongly linked, by the Daily Mail among others, with trying to sign Rose for a fee of up to £50million in either January or the upcoming transfer window.

Now, the The Daily Mirror claim that Jose Mourinho’s side have instead turned their attention to Celtic left-back Kieran Tierney and are preparing to imminently table a £25million bid.

That does not benefit Leeds, who want Rose to end the season on fire for Spurs before storming the World Cup this summer.

The Championship giants would be singing all the way to the bank if the England international does make a mega-money move due to the sell-on terms incorporated in the transfer that took him from Elland Road to White Hart Lane as a 17-year-old in the summer of 2007.

Yorkshire Evening Post correspondent Phil Hay reported on his personal Twitter account in 2015 that a clause in the deal means Leeds are entitled to 10 per cent of any profit made on Rose’s sale.

Rose joined Spurs from Leeds for £1million and if he were to now leave his club for £50million, Leeds would get 10 per cent of £49 million, which is £4.9million.

Nice money if you can get it.

The problem, for now, is that the 27-year-old is a shadow of the dynamic player who roared up and down left flank for Tottenham 18 months ago.

He has made just 12 appearances for Spurs this season and the plain-speaking Leeds academy product admitted his fitness is not at the level needed for Mauricio Pochettino’s high tempo side.

With just eight league matches of the campaign remaining, and Ben Davies the first choice left-back at White Hart Lane, Leeds can kiss goodbye to £5million. They will have to settle for a lot less.