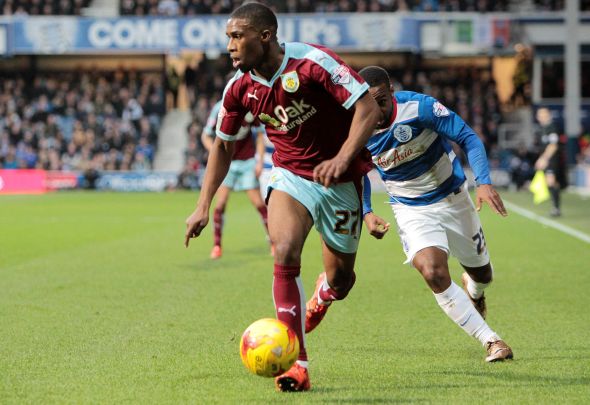 Leeds are rumoured to be interested in bringing Burnley defender Tendayi Darikwa to Elland Road, according to a reliable journalist.

The 25-year-old has hardly featured for Sean Dyche’s Premier League new boys this season, with right-back Matt Lowton keeping him out of the side.

Posting on his personal Twitter account, Radio Yorkshire journalist Joe Rawson, who is a reliable source of Leeds transfer news, claimed that the out-of-favour Burnley ace was interesting Garry Monk’s side.

However, Rawson appears to suggest that Leeds’ interest in Burnley’s number 27 Darikwa is only a rumour at this stage.

Darikwa has made just one appearance all season for the Clarets in the EFL Cup loss to League Two minnows Accrington Stanley.

With 18 months left on his Turf Moor contract, Dyche could be tempted to cash in on the right-back instead of losing him on a free in 2018 as he continues his struggle to break into the side.

After signing for Burnley from Chesterfield in the summer of 2015, Darikwa has made 25 league and cup appearances for the Lancashire based outfit and can also play in the middle of the defence.

Leeds are looking to enter the January transfer market, with a striker believed to be high on Monk’s agenda but they could also look to strengthen their defence with Darikwa.

Strikers David Nugent and Ashley Fletcher have both been reportedly interesting the former Champions League side, as Rawson states.

A move for the former Chesterfield right-back is largely unneeded at Elland Road, with Leeds already possessing three right-backs. Luke Ayling has been in fantastic form since his £750,000 move from Bristol City in the summer. One-time Switzerland international Gaetano Berardi is more than adequate back up on either side of the defence, while youngster Lewie Coyle has impressed Monk during his time as Elland Road boss and is considered a part of the first team. Darikwa, then, would struggle to have an impact at Elland Road with right-back being one of the areas that is least in need of strengthening come January.

In other Leeds transfer news, this 23-year-old could be tempted to sign a new deal at Elland Road.