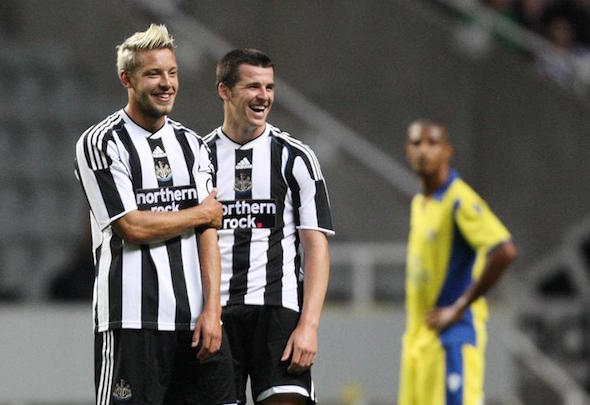 Leeds legend Alan Smith has been appointed the caretaker manager of Notts County, according to a report.

The BBC Sport website cite BBC Nottingham as claiming that former England, Leeds and Manchester United striker Smith will be in temporary charge of the League Two outfit.

He will take his place in the dugout for the first time for Saturday’s match at Morecambe as Notts County aim to avoid relegation from the Football League.

The Magpies sacked manager John Sheridan on Monday, after a run of nine successive defeats left them one point above the League Two relegation zone.

Smith, 36, is highly regarded at Notts County, where he has been a player-coach since joining the lower league club in May 2014.

He has been handed control of the team following the disbandment of the coaching staff assembled by Sheridan, with Academy boss Mick Halsall and goalkeeping coach Kevin Pilkington having already left Meadow Lane before Sheridan’s exit.

Smith has legendary status at Leeds despite leaving the club he supported as a boy when they were relegated from the Premier League in 2004.

The former striker, who was converted to a midfielder following a serious knee injury, played 207 games for the Yorkshire giants, scoring 52 goals, before they suffered financial meltdown.

With Leeds having just been relegated from the Premier League, Smith was offloaded to United for £7million in 2004 and then switched to Newcastle for £1.7million in 2007.

He then switched to MK Dons in 2012 before linking up with Notts County two years later.

In other Leeds news, the club are in pole position to sign this brilliant striker this month.