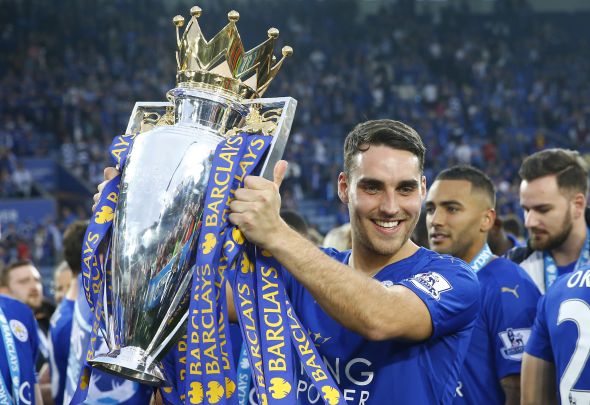 Leeds should join Hull and Swansea in the race to sign Leicester City ace Matty James.

The Telegraph claim the 25-year-old midfielder is available to leave the King Power stadium on loan in January as he continues to struggle to oust the likes of Andy King and Danny Drinkwater.

Manager Garry Monk is likely to enter the January transfer market for players that possess Premier League experience, and James fits that bill.

The Yorkshire giants could look to strengthen their midfield with a lack of experience in the middle of the park. Academy graduate Kalvin Phillips is just 21, while former Benfica youth player Ronaldo Vieira is only 18.

With a potential promotion chase ahead of Monk’s side, experience in midfield could be key and the England Under-20’s international would prove a shrewd piece of business.

James has already experienced promotion with the Foxes after winning the 2013-14 Championship campaign and gaining promotion to the Premier League.

Prone to injury, James has struggled to remain fit this season and has made just one appearance as a substitute in the 4-2 win over Manchester City.

Bringing in James would prove pivotal to Monk’s bid to deliver Leeds back into the Premier League for the first time in 12 years, after their financial collapse succumbed them to relegation in 2004.

Alongside the likes of captain Liam Bridcutt, Leeds would possess a Premier League quality midfield and improve the experience and depth of their squad with the signing of James.

In other Leeds transfer news, this soon to be available Crystal Palace ace would also be a top signing for Monk’s side.