Leeds United need to look for another striker after Marcelo Bielsa revealed Jack Harrison is his third-choice front man.

That is the view of former Aston Villa goal machine Gabriel Agbonlahor, speaking exclusively to Football Insider about the Argentine’s lack of options to lead the line.

Top goalscorer Patrick Bamford has started every Premier League game up front and has netted 10 times in his 18 league appearances.

Summer signing Rodrigo Moreno started as the lone striker in Leeds’ 3-0 loss to Crawley Town in the FA Cup third-round earlier this month before being replaced by winger Harrison at half-time.

Bielsa told the press ahead of the Whites’ 1-0 defeat to Brighton & Hove Albion last weekend that he considered Harrison his third-choice striker with Tyler Roberts unavailable.

Asked for his assessment of Bielsa’s comments, Agbonlahor told Football Insider: “I think maybe they need to sign another striker.

“Rodrigo has looked poor in recent weeks. Bamford’s looked poor in the last few games. He looks like someone who is very tired and like he needs a rest. He’s played a lot of football.

“They’re human beings, they’re not robots. When you play so many games you’re going to get tired and with the intensity they play at… 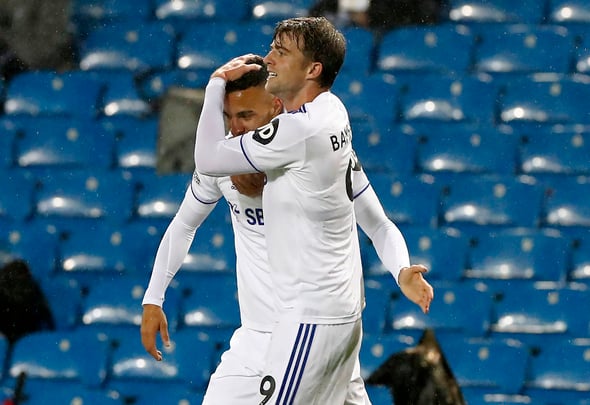 “I remember playing a few seasons under Martin O’Neill as a young kid and I played every game. I was OK because I was quite young – 19, 20 so you can do it.

“When you get a bit older you can’t play with that intensity week in, week out. Especially now where there are more games in closer proximity, it’s harder to do.”

In other news, Football Insider can reveal Leeds United have been offered a red-hot striker quicker than Kylian Mbappe.