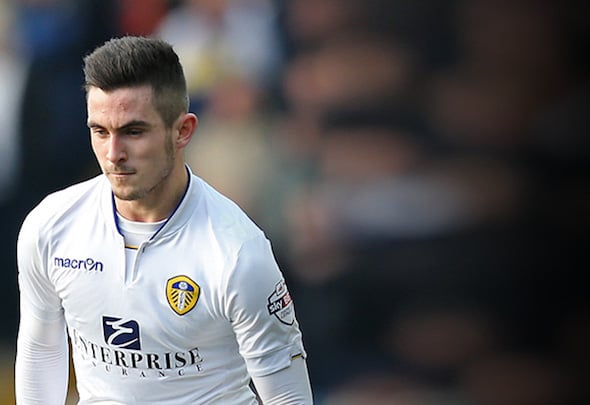 Lewis Cook played a part in every game for the England under-19s as they qualified for this summer’s European Championships.

Leeds manager Steve Evans had pleaded with England before the international break to rest Cook during the crucial qualifying games, but international coach Aidy Boothroyd has ignored his warnings.

Cook played 90 minutes and a starring role in the 2-0 away victory against Spain that sealed qualification on Tuesday night.

The promising youngster also played 90 minutes in the opening 2-1 win against Georgia last week and came on in the 67th minute in the 1-1 with Greece on Saturday.

Evans revealed that he contacted England in a bid to convince them that Cook needed a break after the academy graduate played his 37th game of the season against Blackburn on 12 March, with the majority of them starts.

The Leeds boss subsequently named Cook on the bench for the embarrassing 4-1 defeat to Huddersfield the following weekend and explained after the game that the midfielder had been given a breather because he was “on his knees”.

Leeds’ next league match is just four days away on Saturday against Rotherham with the Whites 13th in the Championship.

After England Under-19s qualified for the European Championships, Cook shared his joy with his Instagram followers.

Buzzing with the win against Spain, qualified for the euros! 😝⚽️

In other Leeds news, another Whites player on international duty has responded to Gordon McQueen’s criticism.