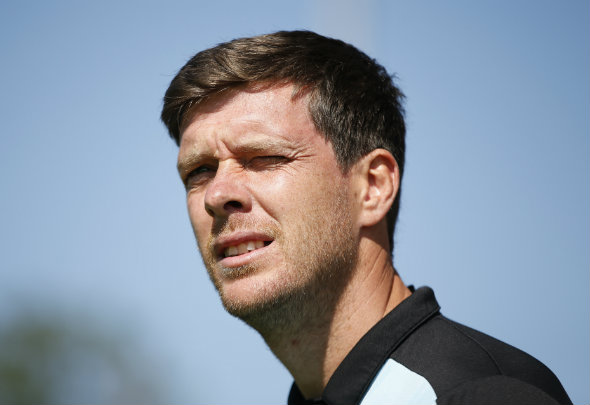 Darrell Clarke signed a new long term contract with Bristol Rovers on Friday, ending speculation he could be the next Leeds manager – and Twitter seems to know why.

The Rovers boss has decided he is better off sticking with his current club and becomes the second manager in a matter of weeks to turn down the Leeds post after Karl Robinson opted against swapping MK Dons for the Yorkshire club.

Leeds owner Massimo Cellino was eager to prize Clarke away from Rovers and reports have suggested that a compensation package had been agreed between the two clubs, but the former Salisbury coach rejected the move to Elland Road.

The news has sparked some hilarious reactions on Twitter and after scrolling down through the many, many tweets rejoicing in the idea of a second lower league manager to snub Leeds, there seemed to be a general understanding of the real reason behind the recent rejections.

A sad state of affairs @LUFC when the @bristolrovers manager turns you down !

Be absolutely clear. These people are not turning Leeds United down, they are saying no to MC. #lufc

Is Cellino just approaching any coach so he doesn't admit defeat and offer Evans another contract? #lufc

We could do with being turned down by a manager above League One. You know, to boost morale. #lufc

Trying to get Massimo Cellino to sell #lufc be like…https://t.co/4Ysg0Ft9Yb

Any truth to the rumour darrel clarke gratefully accepted a paycut rather than join leeds on.a.6 week contract

The future remains unclear for Leeds with Cellino actively pursuing a new manager and current boss Steve Evans returning to Elland Road for pre-season this week.

Evans has given Cellino until next week to inform him whether he has a job a Leeds and one fan spotted that the possibility of the 53-year-old being contention for the position he currently occupies was quite unusual.

In other Leeds news, Newcastle have made the Whites’ prized asset a top target this summer.