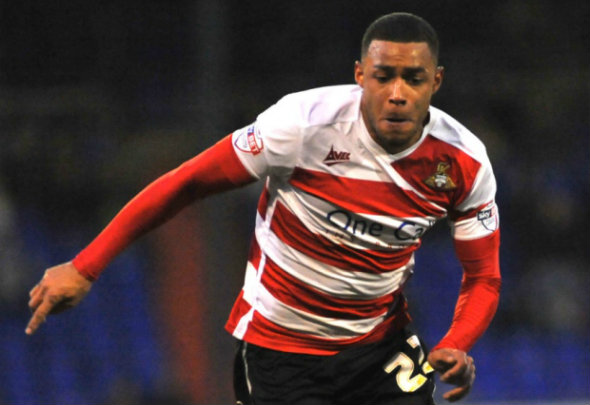 Leeds are considering offering Reece Wabara a deal with the defender out of contract at Wigan, according to journalist Tom Barclay.

The former Manchester City youngster has found life difficult since leaving the Sky Blues in 2014, but is currently in talks with Bristol City.

However Tom Barclay, who works for the Sun, has suggested the deal could be complicated by the interest of Leeds and by the fact that Wabara may still be persuaded by Wigan to sign a fresh contract.

Told Reece Wabara is in talks with #BristolCity. He's out of contract at Wigan, although could still sign new deal. Leeds also interested

The Englishman came through City’s youth ranks and was a regular in their Elite Development squad, but made just one appearances for the club and his contract was cancelled by mutual consent in 2014.

Wabara, 24, is comfortable at centre-back, but played primarily as a right-back for Wigan this season.

The defender was a regular in the League One side making 38 appearances in the league, scoring two goals and providing three assists in the process.

The Latics narrowly beat Burton Albion and Walsall to the league title this campaign, securing automatic promotion into the Championship with just two points separating them and second-placed Burton.

Wabara was a key member of that side, although he was part of the Latics team that were beaten 4-1 on the final day of the season at the DW Stadium by Barnsley.

Any approach for Wabara by Leeds would presumably have to wait until owner Massimo Cellino decided on the next Whites manager, although the Italian has shown a tendency in the past to go ahead with transfer deals independent of what his coach wants.

Barclay does not seem to think Cellino’s reluctance to appoint a new manager or give Steve Evans a permanent position.

well there are still decision-makers at the club, can't say any more than that

In other Leeds news, the Whites have another deal in the works for a winger with an eye for goal.