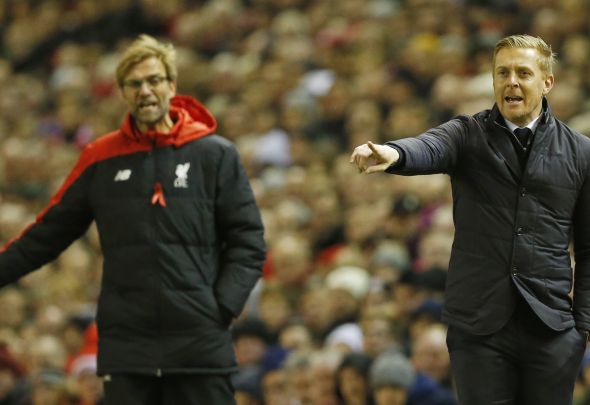 Marco Silvestri 7 – Made a fine first-half save from Wijnaldum and commanded his penalty area. Could do little to keep out the two goals.

Kyle Bartley 7 – Showed no signs of tiredness in his 22nd start of the season, out of Leeds’ 23 games. Gave everything and kept Origi quiet for most of the match.

Liam Cooper 6 – Handed a second consecutive start due to Pontus Jansson’s illness and looked quite comfortable before being withdrawn at half-time.

Eunan O’Kane 6 – The boyhood Liverpool fan looked assured in midfield before suffering injury heartache and limped off after 28 minutes.

Ronaldo Vieira 8 – The academy product looked totally at home in elite company and delivered a performance that again demonstrated his immense potential. The Leeds start of the show.

Kemar Roofe 7 – His pace and mobility caused huge problems to Liverpool back line. So unfortunate that his superb long-range curler after 52 minutes cannoned off the post and did not result in his first Leeds goal.

Stuart Dallas 6 – Put in a few good balls from set-pieces, but his team-mates were unable to take advantage. Withdrawn midway through the second half.

Hadi Sacko 7 – His pace caused problems to the home side and he came close to scoring on two occasions but was unable to keep his composure.

Souleymane Doukara 5 – Given the nod ahead of Marcus Antonsson to lead the line in place of the rested Chris Wood. Worked hard but lacked the quality to break down the Liverpool defence.