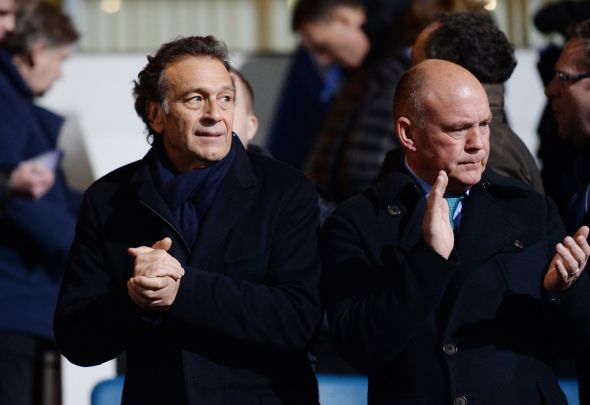 Leeds United’s end-of-season collapse has saved them a creditor’s bill of nearly £5million.

Figures released in the club’s annual accounts in March showed that the Championship club were due to pay a sum of £4.75million to creditors if they secured promotion this season.

The terms of the Ken Bates-led takeover in 2007 included a 10-year clause that expires at the end of the current campaign.

Leeds’ wretched run of results at the end of the campaign means they miss out on a potentially huge Premier League windfall but they will also save £5million.

The financial results for the year ended June 2016 revealed the Championship club made a loss of £8.9million despite turnover increasing £6.1million to £30.1million.

But note 28 to the financial statement explained the losses the club were in line to incur if they had secured a money-spinning return to the Premier League after 13 years in the lower leagues.

“In the event of the club becoming a member of the Premier League before the 2017-18 season, then a liability of £4.75million will become payable to the liquidator to Leeds United under the provision of the sale agreement entered into on 4 May 2007,” reads the contingencies item in the accounts.

This payment was dependent upon the club finishing in the top three this season, either through the two automatic promotion spots or via the play-offs.

Leeds had been well place to finish in the top six until a poor run at the end put paid to their hopes and meant they ended the campaign in a creditable seventh, six places higher than last season.

Promotion to the Premier League is eyewateringly valuable for all promoted clubs following the £8.3billion broadcasting deal that came into effect at the start of this season.

The bottom club in the Premier League is entitled to a minimum of £100.5million in TV revenue and, bumped up by parachute payments and increases in sponsorship deals, kit deals and match day revenue, a season in the top flight is worth a staggering £189.7million in total.