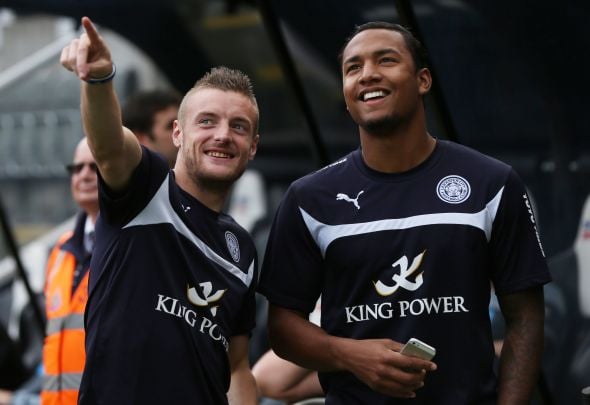 Leicester defender Liam Moore is set to join Reading on a season-long loan, according to a report.

The Bristol Post have claimed that Leeds have a long-standing interest in Moore, who has also attracted from Bristol City and Reading.

The Leicester Mercury report that Moore will now join Reading on loan despite the club tabling a £1million bid to sign the centre-back permanently.

It is said that Leicester are reluctant to let the academy graduate go on a permanent basis now and have offered him a new contract instead.

The defender was an integral part of the Leicester side that gained promotion to the Premier League three seasons ago, making 33 appearances in all competitions as Nigel Pearson’s side were promoted as champions.

The versatile stopper, who is predominantly a centre-back but can also play at right-back, has less than 12 months on his Leicester deal and could be tempted to move in search of first-team football.

Leeds are in the market for a new centre-back in the final weeks of the transfer window as they currently have just three senior players in that position, Sol Bamba, Liam Cooper and on-loan Kyle Bartley.

Bamba and Bartley partnered each other in central defence in Sunday’s 3-0 Championship defeat to QPR as Cooper has still not fully recovered from injury and was on the substitute’s bench.

Garry Monk is set to continue his search for a new defender but the club could make some new additions imminently.

Radio Yorkshire present Joe Raswon has confirmed via Twitter that Leeds should announce the signing of a midfielder and a right-back before the weekend.

In other Leeds transfer news, the club face competition for an emerging England star.