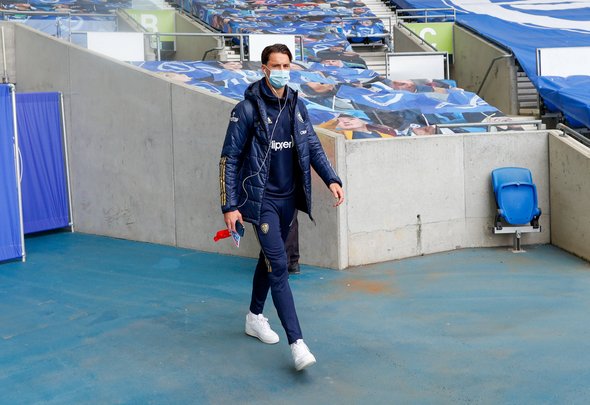 Kalvin Phillips will start for Leeds United against Burnley this Saturday at the expense of Robin Koch.

That is the view of former Arsenal and Everton striker Kevin Campbell, speaking exclusively to Football Insider about possible changes to the starting XI who impressively beat Spurs last Saturday.

Phillips made his return from injury in the 3-1 win at Elland Road as a late substitute, having missed the previous game due to a knee problem.

Summer signing Robin Koch, 24, stepped into midfield in the absence of the England international and impressed against both Brighton and Spurs.

Speaking ahead of the trip to Turf Moor, Marcelo Bielsa told Leeds Live he faces “difficult” decisions this week with Phillips, Raphinha and Rodrigo all “fit” for selection.

Campbell predicts Koch will lose his place to Phillips, who he argues is the “first name on the team sheet”.

“I’m sure Kalvin Phillips will come back into the starting XI against Burnley and it will probably be at the expense of Koch,” he told Football Insider‘s Dylan Childs.

“It was just a precaution last week that he was on the bench I imagine. They brought him on to steady the ship at the end of the game and he looked fine.

“He is one of, if not the first name on the team sheet for Leeds.

“Listen, he is a great player. He has come on leaps and bounds over the last couple of seasons.

“I am sure he will play against Burnley. It would be huge to have him back fully fit.”

In other news, a top pundit claims Leeds United can ‘save millions’ by signing wonderkid defender as contact reported.