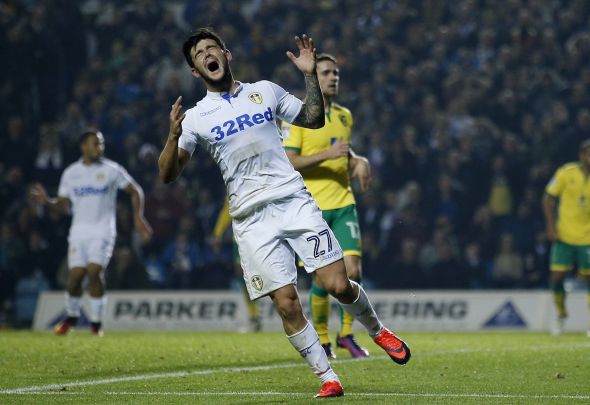 Barnsley are considering delaying their move for Leeds midfielder Alex Mowatt until the summer, according to a report.

But the Yorkshire Evening Post later reported that Barnsley have indicated to Mowatt’s representatives that they may hold off on pursuing him until the summer window.

The Oakwell outfit are keen to tie Mowatt down to a three-year contract but may hold off until the next window despite a spate of exits at the club this month.

The Tykes are said to be keen to take advantage of the contract situation of Leeds academy product Mowatt, whose current deal expires in five months.

Like Hourihane, Mowatt is a playmaker although his career has nosedived since his breakthrough campaign in 2014-15, when he was named the Leeds player of the year.

The midfielder has slipped down the pecking order since Garry Monk took over and has found himself playing second fiddle to the likes of Pablo Hernandez, Kemar Roofe and Hadi Sacko.

Mowatt has made 20 appearances this season in all competitions, but just seven of those have been starts and he has not started a league match since the 15 October defeat to Derby.

The youngster was once again on the bench for the midweek 2-0 victory over Nottingham Forest, coming on as a substitute for the last two minutes.

Monk did play a starring role in the 2-1 FA Cup third round win over Cambridge United earlier this month, when he created the equaliser and scored the winning goal.