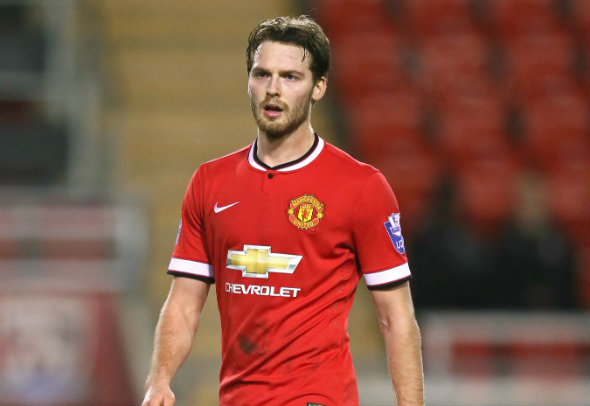 Leeds are interested in signing Manchester United’s Nick Powell this summer, according to a report.

The 22-year-old has seen his career stall since his big move to United from League Two side Crewe in 2012 and has been tipped for a return to the Championship this summer after spending the second half of the season on loan with Hull City.

HITC Sport claim the attacking midfielder is eager for a permanent move away from Old Trafford in a bid to resurrect his playing career and cite Leeds as one of his many suitors.

Powell’s current United contract expires at the end of June and although it is believed he is still highly thought of at Premier League giants, they are ready to allow him to move on.

Wigan are reported to be open to offering Powell a pay-rise as they look to add some quality to a side that will return to the Championship this season after a year in League One.

The playmaker had his first loan spell from United with the Latics in 2013 and was hugely impressive after scoring 12 goals in 41 appearances for the club.

Powell has managed a combined six league appearances in his last two loan spells at Hull and Leicester causing him to revaluate his situation.

Despite this it is claimed United could still offer Powell a fresh deal at the club.

In other Leeds news, the Whites have secured their first signing of the summer.