Noel Whelan has urged Leeds United to launch a move to sign Divock Origi on loan from Liverpool in January.

The former Leeds striker and lifelong fan at Elland Road, speaking exclusively to Football Insider assistant editor Russell Edge, has insisted the Whites need a new centre-forward to battle with Patrick Bamford and suggested the Reds’ fringe man could be the answer.

A Liverpool source has told Football Insider the club are open to offers for the 25-year-old striker ahead of the winter transfer window after his lack of game this season. 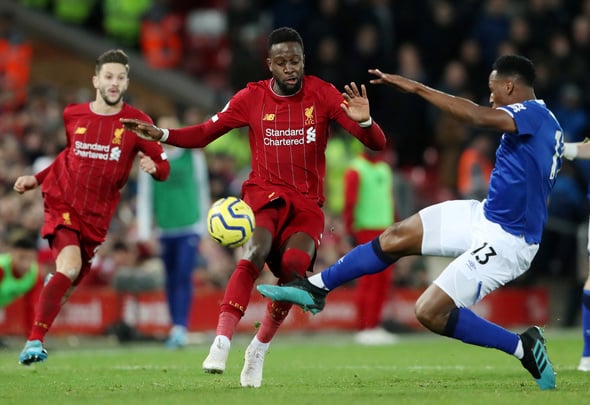 The Belgium international has played just five times and made three starts for the Reds across all competitions, with summer signing Diogo Jota having leapfrogged him in the Anfield pecking order.

Leeds currently have one loan available from a Premier League side, with Jack Harrison having filled the other after re-signing from Manchester City, and Whelan suggested Origi would be perfect to fill the void.

Asked who he would like to see Leeds target on loan in January, Whelan told Football Insider: “I still feel we need more firepower, I still think there’s a lot on the shoulders of Patrick Bamford week in, week out.

“You’ve got Origi at Liverpool, whether he would be allowed to leave, that is debatable because I know that Jurgen Klopp has a very strong side there and he uses players through certain cup games to give a bit of a rest to the first-teamers.

“He’s definitely one player who can lead the line, he can also play on the left or right which is what Marcelo Bielsa likes, he likes players who can adapt, so he’s one and I think he’s the only one who stands out for me that I’d really like.

“Origi for me who is the right age, he’s got the right credentials to fill that space.”

In other Leeds United news, the Whites have been tipped to re-sign Premier League star who would love to return to Elland Road.