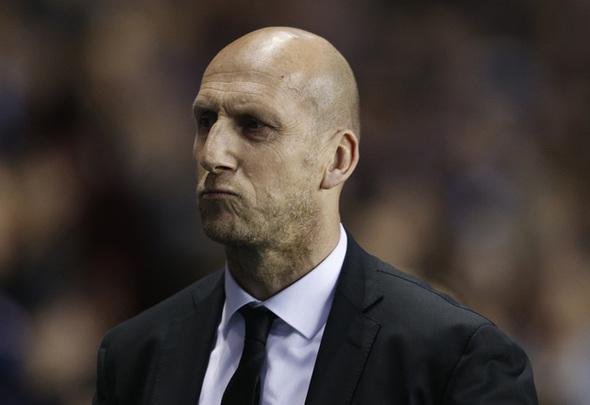 Reading boss Jaap Stam has emerged as a Leeds target for their vacant managerial role, according to a report.

The Yorkshire Evening Post claim that the 44-year-old has been shortlisted as a potential candidate to take charge at Elland Road.

It is understood that owner Andrea Radrizzani is now “weighing up” a move for Stam and deciding whether they will make a formal approach to Reading.

Leeds are on the search for a new manager following the resignation of Garry Monk, who was named the new Middlesbrough boss on Friday.

The Yorkshire giants are not rushing into a decision and Stam is the latest man to be mentioned.

The ex-Manchester United defender took charge of his first full-time managerial job last summer with Reading and managed to help them to third in the Championship.

The Royals suffered a cruel defeat in the play-off final as they lost 4-3 to Huddersfield on penalties and were condemned to another year outside of the Premier League.

Meanwhile, Leeds finished just outside of the play-off positions in seventh and seem intent on ending their exile from the top flight next season.

Stam’s reported link with the job may not go down well with Whites fans as he openly criticised their supporters after a 2-0 defeat in December.

In other Leeds news, Ian Harte has delivered a Twitter verdict on the outgoing Leeds coach.