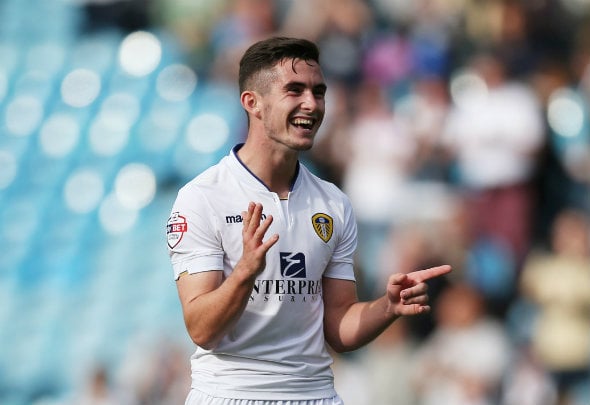 Leeds could finally end their seven-year Championship stay if they made a sensational move to resign wonderkid Lewis Cook on loan.

With the Bournemouth star back in the Yorkshire giants’ side, an energetic Cook would supplement captain Liam Bridcutt perfectly and would give Leeds the momentum to finish in the playoffs.

Defensive minded Bridcutt would occupy his favoured position of sitting in front of the defence, giving Cook free reign to attack from deep.

Cook, 19, who signed for Bournemouth this summer for £10million from Leeds, has been made to wait for first-team appearances this season, largely thanks to the Cherries’ deadline day signing of Arsenal’s Jack Wilshere.

It has limited Cook to just one Premier League appearance for Eddie Howe’s side this season, with two more coming in the EFL Cup against Preston and Morecambe.

This could mean that the box-to-box midfielder becomes available for loan in January, if he continues to struggle to find a way past the likes of Wilshere, Harry Arter and Andrew Surman.

Leeds have finally kick-started their season, after an appalling start that saw Garry Monk’s side intially sit just above the relegation zone.

Now, after five league and cup wins in six games, the former Swansea boss has orchestrated his side’s resurgence to eleventh place.

Cook would offer another dimension to Leeds’ attack; dribbling from deep and taking opposition players out of the game. His long-range shooting ability is also something that Leeds do not currently possess in midfield.

Ireland international Eunan O’Kane has been mediocre following his move from Bournemouth, and a second deal with the Cherries could be the difference to Leeds’ promotion hopes.

In other Leeds news, this injury-prone star is set to return for the Leeds’ reserve side as he continues to recover from a hamstring problem.