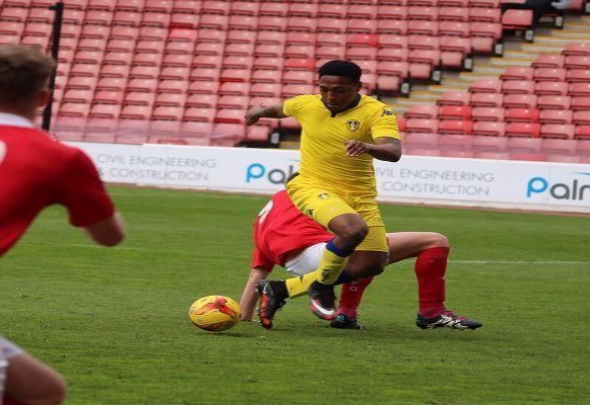 Leeds young forward Malik Wilks will be involved in the first team squad ahead of the match against Reading on Tuesday evening, according to a Radio Yorkshire Pundit.

Andrew Dalton has claimed on his personal Twitter account that the 17-year-old will be a part of the senior team at Elland Road.

It is not known how involved the young striker will be in the team, but Leeds did similar with 20-year-old Conor Shaughnessy in the clash against Brighton on Friday evening.

The young academy prospect travelled down to the Amex Stadium and trained with the first team before the 2-0 defeat.

He was not a part of the 18-man match day squad and it is likely that Wilks will be the same against the Royals.

Wilks starred in the academy’s 3-2 defeat against Hull in the FA Youth Cup last week, scoring both goals.

He has a prolific goal scoring record in the club’s youth team, but it may be too soon for him to break into the in form Yorkshire giants’ senior team.

The club are currently sat in sixth place with 32 points, five behind their Tuesday opponents.

It is set to be an enthralling encounter at Elland Road between two of the league’s top clubs.

In other Leeds news, this duo must quit the club in January if they don’t feature against the Royals.