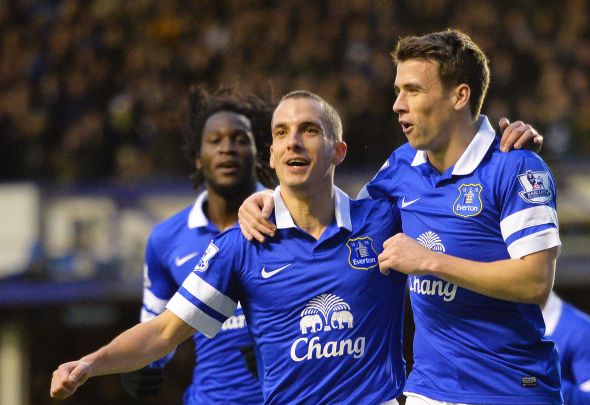 Allardyce was confirmed as the club’s new manager last week replacing Ronald Koeman who was sacked in October and recorded a win in his first game in charge of the club on Saturday.

The Toffees’ beat newly-promoted Huddersfield Town 2-0 at Goodison Park thanks to second-half goals from Gylfi Sigurdsson and Dominic Calvert-Lewin.

Everton have won back-to-back Premier League matches for the first time this season but will face a Liverpool side who have won five of their last six league games.

However, Osman believes the new manager could make the different for his former club and is hoping he will be able to expose Liverpool’s defensive weaknesses.

“The fact that we have got a new manager, and the fact that it is well known there is such a poor record at Anfield, is going to make it interesting,” Osman told Sky Sports.

“Sam Allardyce is the last manager to win at Anfield. So there are signs that Everton can go there and win, but obviously they will be up against an in-form Liverpool with an attacking force, but they do have their weaknesses at the back.”

Allardyce’s Crystal Palace side beat Liverpool 2-1 at Anfield in April this year and he is still the last away manager to win there, with the Reds unbeaten at home this season.

Everton have not beaten Liverpool since a 2-0 Premier League win at Goodison Park in 2010, a run that stretches back 14 matches. Meanwhile, Liverpool will go into the game full of confidence after a dominant 5-1 win over Brighton on Saturday.