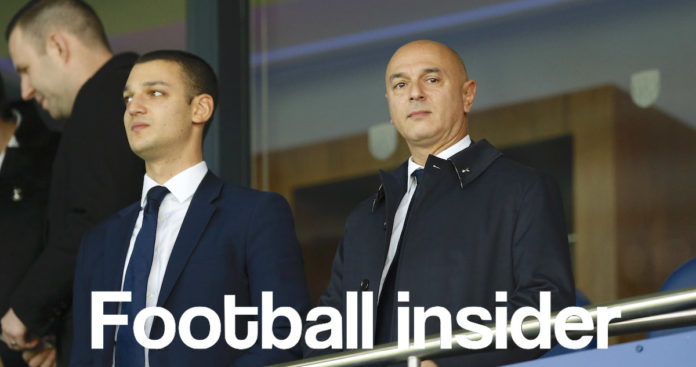 Tottenham must re-sign Luka Modric as he is the missing piece of the jigsaw who can steer them to the Premier League title next season.

With a stunning return to White Hart Lane on the cards for the brilliant Croatian, according to Spanish outlet Diario Gol, there is the tantalising prospect of the club capturing the perfect player at this stage of the team’s development.

Manager Mauricio Pochettino is adamant that the team’s curve is continuing upwards as it is just experience and knowhow that leaves them short of the very best.

Enter the peerless Modric, the greatest Croatian player ever, who can immediately give them in spades what they are lacking. Experience. Winning mentality. Nous. And buckets of class.

Modric has a fond place in the heart of most Spurs supporters for his brilliant four-year spell from 2008 to 2012 in Harry Redknapp’s cavalier side.

Alongside Gareth Bale, the Croatian was the heartbeat of the team, linking defence and attack seamlessly in central midfield.

He has taken his game to a new level in Spain and hoovered up all the major trophies, including three Champions League titles, but the demands of playing for the world’s biggest club for so long are stating to take their toll.

Unlike Bale, Modric still makes the strongest available XI and he has remained a first-team regular this season.

But the signs are that, aged 32, he is no longer able to play at optimum level twice a week.

Spurs don’t want a second-rate Luka, but he is far from a spent force. Modric’s knowhow and guile would add something special to a Tottenham side that need a proven winner in their dressing room to help the team take the next step to glory.

Spanish outlet Diario Gol claim Spurs want to sign him for a second time and that the player wants to head back to England and is particularly keen to return to London.

Crucially, chairman Daniel Levy is not a man to bear grudges when it comes to re-signing top players who quit the club.

Ever the calculating businessman, he re-signed Teddy Sheringham from Manchester United and tried to force through the signing of Dimitar Berbatov when he also left Old Trafford.

Modric would be a brilliant signing for Tottenham and Levy must not hold it against Modric that he pushed so hard to leave in 2011 before eventually getting his dream move 12 months later.

In fact, he could be a smarter one that the injury-ravaged Bale, with Spurs already blessed with penetrative attacking players such as Harry Kane, Son Heung-Min, Dele Alli and Christian Eriksen all approaching their peak.

Manchester City will begin next season as hot favourites to defend their league title, which will be won convincingly in the next few weeks.

But add Modric to the Spurs midfield and Pep Guardiola’s side would have a huge problem.

He is brilliant enough to be the difference-maker to take Tottenham all the way to the winner’s podium.

In other Tottenham news, Mauricio Pochettino has been at the centre of a huge Spurs dressing room bust-up.