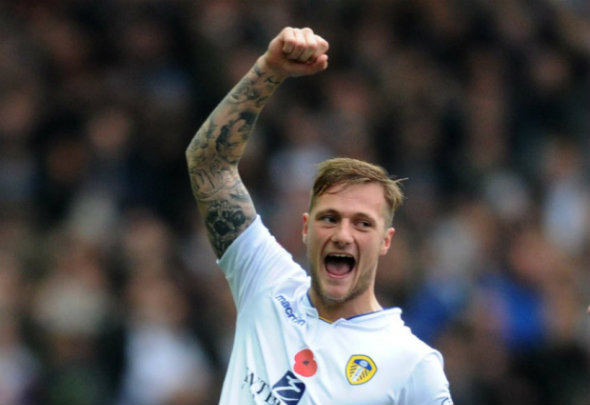 Liam Cooper has explained that Leeds have been training hard during the international break.

The Whites are currently enjoying a two week break from competitive fixtures but Copper has revealed they are still focused on improving.

The 25-year-old defender said that the team have been training and will now rest ahead of the club’s next set of fixtures.

He wrote on his personal Twitter account that Leeds face a huge month as they try and push on towards the play-off places.

“Hard few days training! Now to recharge the batteries so we ready to carry this run on next week.. Massive month coming up for us!” he said.

Hard few days training! Now to recharge the batteries so we ready to carry this run on next week.. Massive month coming up for us! #MOT

Leeds have improved drastically in the last month and have won five of their last six competitive matches.

Manager Garry Monk endured a difficult start to the new campaign but Leeds are now one of the in-form teams in the Championship.

They are now up to 11th in the table and just four points adrift of sixth-placed Birmingham.

The Whites face Derby, Wigan and Wolves in their next three matches and will hope to continue the impressive form.

Cooper has recently been restricted to the substitutes bench as Pontus Jansson and Kyle Bartley have struck up a formidable partnership.

The centre-back has still made seven appearances this season and played in all three of the club’s EFL Cup wins, earning a fourth-round draw against Norwich.

Leeds have not been in the Premier League since the 2003-04 season and hope to return under the guidance of former Swansea boss Monk.

In other Leeds team news, their senior player has made an appearance for the youth team and handed Garry Monk a boost.