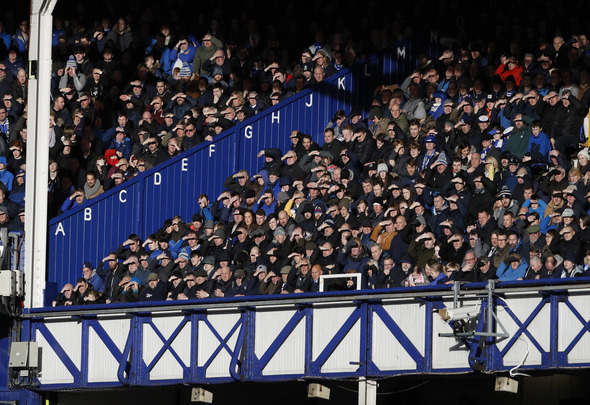 Everton legend Neville Southall has added to the growing pressure at the Toffees by stating how bored he has been watching his old employers this season.

The ex-stopper took to Twitter following the Blues 1-1 draw against Southampton and said that: “If I had 3 mins to live I would watch dvd of Everton playing this season seem like a lifetime left.”

The Blues went off at half-time in their Premier League fixture against the Saints to a chorus of boos from the home support in protest to what they believed to be another below-par display.

But while Glenn Hoddle was instructing the fans to go to the theatre on Twitter if they wanted to be entertained, Southall backed up the Blues faithful.

If Sam Allardyce is in charge at the club by the time the new season commences everyone will be very surprised. Big Sam’s tenure at Goodison has become increasingly maligned as the season has gone on and with some of the club’s legends now having their say on performances, it only increases the pressure on what is already a toxic atmosphere at the home of the Blues. Toxic or not, their eighth-place Premier League position cannot hide the fact that performances have, by and large, been mediocre and lacklustre. Allardyce’s relentless reliance on playing two defensive midfielders, even against some of the lower ranked sides, has been a major red-flag for supporters and a signal of the manager’s lack of ambition. However, there will be many that suspect Southall will not have to complain for much longer. After Farhad Moshiri’s let’s rate-the-manager survey, the axe will surely fall any time now.